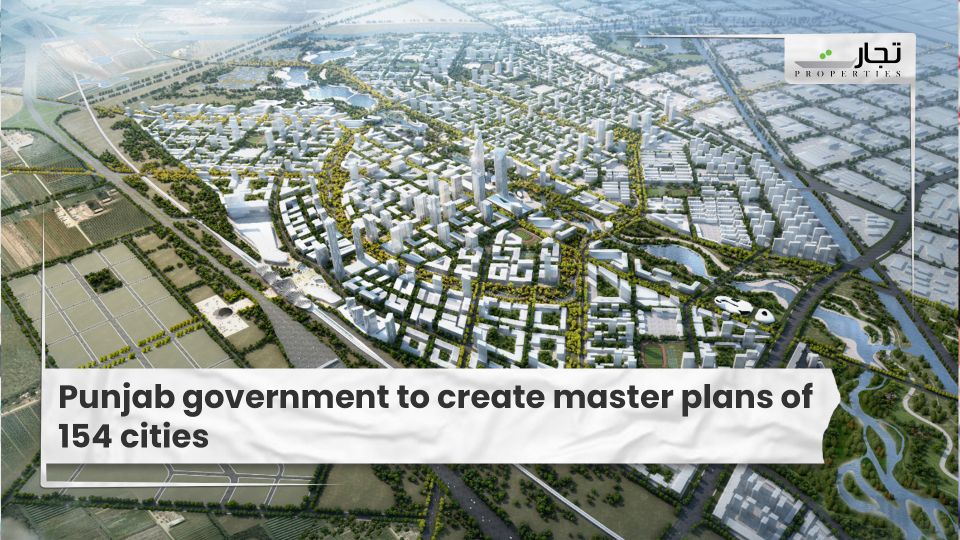 Lahore: According to news reports, the Punjab administration has chosen to urbanize 154 small cities in the province by creating master plans in order to reduce migration to big provincial metropolises.

According to reports, the local government and community development department’s project “Preparation of Master Plans for 149 Urban Local Governments/Cities of Punjab” will cost PKR 500 million. The project’s development funds are expected to be allocated during the fiscal year (FY 2021-22).

Lahore, Faisalabad, Rawalpindi, Multan, and Gujranwala are excluded from the master plan since they already have zoning and land-use master plans for residential, commercial, industrial, and agricultural operations. The master plans have been announced in order to stimulate vertical growth in the province’s underdeveloped cities.

The master plans for 157 cities were approved at a recent meeting of the Project Management Unit (PMU), which was presided over by the secretary of the local government department. The participants decided to submit the project’s concept note and PC-1 to the planning and development (P&D) department for funding allocation and inclusion in ADP schemes at the meeting.

Furthermore, the Pakistan Council of Architects and Town Planners (PCATP) will draft a plan for city urbanization with the assistance of town planning firms. In three years, the PMU will confirm the plans’ follow-up, monitoring, and implementation.