PM has started work on the Margalla Avenue initiative 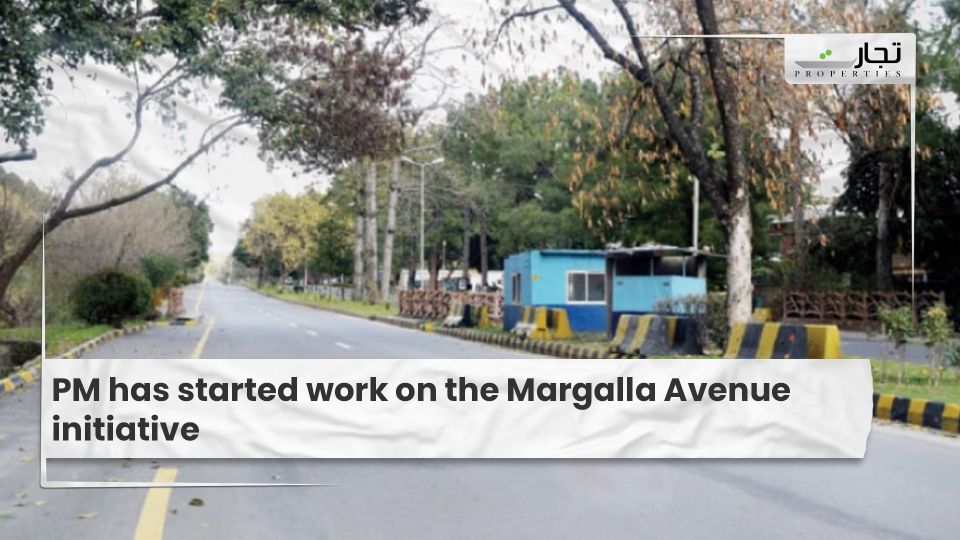 The prime minister said that the Margalla Hills National Park would be better secured once the project is completed since the park and CDA land will be divided. Sheikh Rashid Ahmed, the Interior Minister, was also present and praised the prime minister’s policies.

The 35-kilometre-long Margalla Avenue, also known as the Margalla Highway, was part of an Islamabad master plan prepared by a Greek company in 1960 but has yet to be built.

According to sources, it would provide a direct connection to Murree Road near the QAU, then proceed on the right side of Kot Hatyal, passing through state land before arriving at 17-Meel, where it would eventually connect with the planned eastern bypass.

According to sources, the project will be carried out in two phases: the first will consist of two packages, one of which will begin at GT Road and end at D-12, and the second will begin at the edge of Constitution Avenue and travel towards Bari Imam and QAU before reaching 17-Meel.

The road will be constructed from D-12 to Constitution Avenue in the following process, and by that time, the existing Khayaban-i-Iqbal will serve as a connection between the two packages, which will be built under package one.

According to sources, the contractor, Frontier Work Organization (FWO), will begin work from Sangjani to D-12 within the next few days, as the CDA has already completed preliminary work such as design and alignment. The FWO will plan and finalize the road alignment from Constitution Avenue to 17-Meel in the meantime.

The CDA board agreed last month to have the project carried out by the Ministry of Defense. The CDA board recently agreed to have the FWO carry out the project because some strategic and defence communication infrastructure and facilities are located along the road’s alignment.

According to the sources, the civic agency would also ask the federal government to amend the master plan since the road was initially supposed to end at Murree Road.