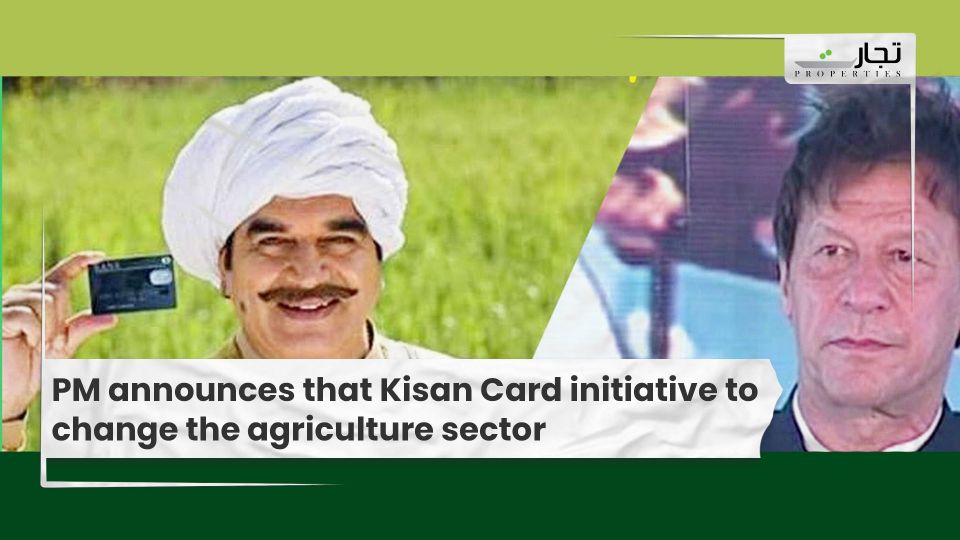 On Monday, the prime minister spoke at the Multan distribution ceremony for the first phase of Kisan Cards, which provides agriculture loans to farmers. He said the move would help eradicate poverty among the country’s five million farmers.

Farmers will receive subsidized fertilizers, seeds, and pesticides, as well as low-interest loans and reimbursement for damaged crops in the event of a natural calamity, according to the prime minister.

He is optimistic that the Kisan Card scheme will usher in a revolution in the country by making farmers’ lives easier through the use of technology, increasing agricultural production, and saving foreign exchange. He claims that it will also help to alleviate poverty, especially in rural areas.

Agriculture has been included in the China-Pakistan Economic Corridor (CPEC) initiative, according to the prime minister, to increase agricultural production through the use of Chinese technology. Seed research institutions are being upgraded, he said, and efforts are underway to produce pulses, edible oil, and soybeans locally.

Imran stated that the government intends to significantly increase the production of various agricultural products such as wheat, rice, corn, pulses, fruits, vegetables, and fisheries. He mentioned that he would personally supervise the work on the plan to improve the country’s agriculture sector.

He said Rs40 billion has been set aside for livestock projects, including the import of sperm to boost cattle breeds and increase milk production. Pakistan could earn up to $25 billion from cheese and milk exports, he said.

In collaboration with the federal government, he said, a subsidy of Rs17 billion will be given to farmers under this pilot project.

According to Buzdar, the government launched the Agricultural Emergency Programme with a Rs300 billion budget and is implementing it quickly. He claimed that the Punjab government is providing a Rs47 billion subsidy for the purchase of agricultural machinery. He stated that the province’s Agricultural Policy has been initiated, and that urgent agricultural reforms are being implemented.