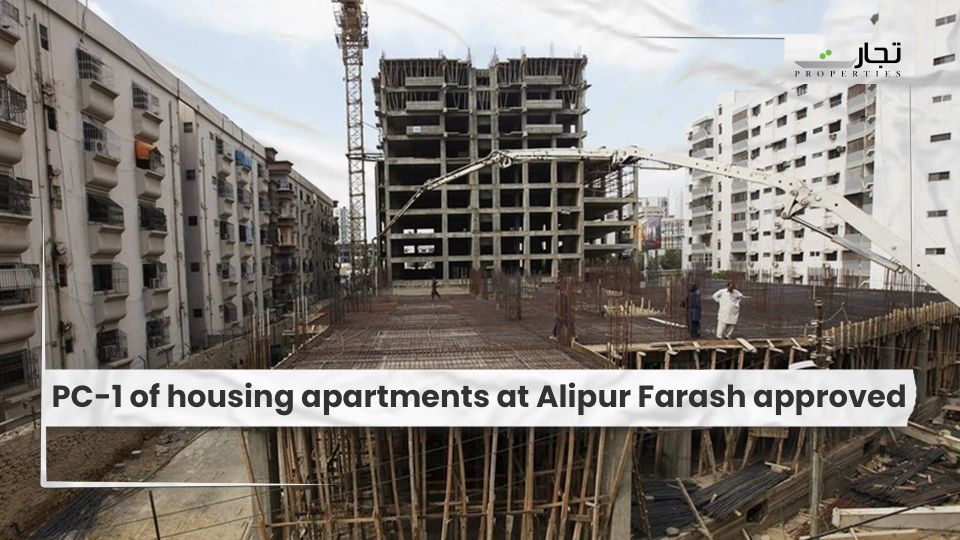 Islamabad: In a piece of recent news, the Islamabad city managers on Tuesday have given the approval for the PC-1 low-cost housing apartments at a cost of Rs. 15 billion in Alipur Farash.

At a conference, the Development Working Party of the Capital Development Authority (CDA) endorsed the PC-1. The project will take three years to complete once it is underway, and 4,000 apartments will be built in three categories. The project had recently been approved by the CDA board.

According to officials, 1,560 apartments will be built under the first group, which will be auctioned to cover the project’s costs. They said that under the second group, 400 apartments would be built for slum dwellers, mostly those living in F-6 and F-7 slums, who would be relocated to the apartments.

The CDA has been making plans for years to shift slum dwellers from city areas to a designated housing scheme but could not translate the plan into reality. Now, the CDA is going to construct 4,000 apartments in an adjacent land under its earlier ‘modern shelter urban program’. CDA officials said the scheme failed due to a lack of interest on part of the civic agency.