CDA begins with construction of sit-outs in Islamabad 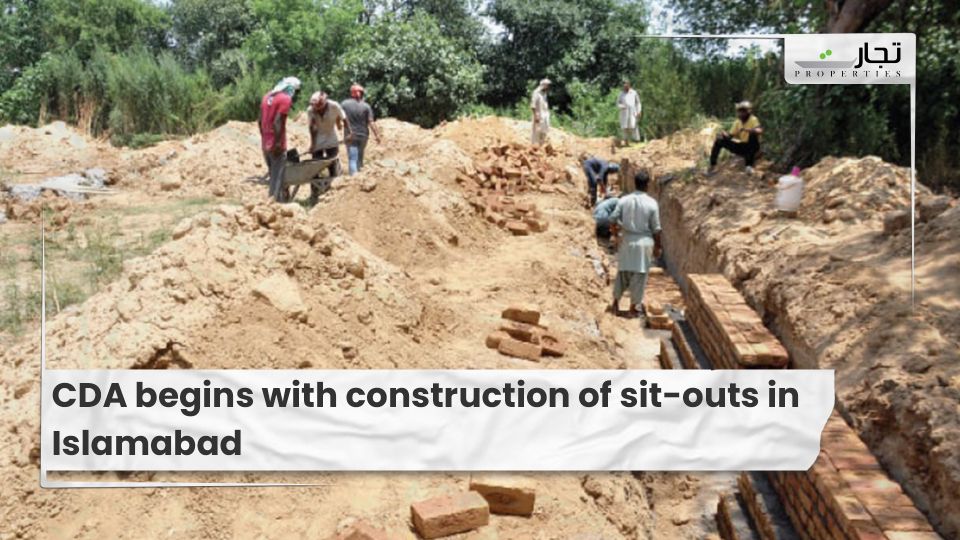 Islamabad: According to a news outlet, the Capital Development Authority (CDA) has begun construction work on sit-outs in different locations in Islamabad. In addition, the organization has started several beautification and forestation projects in an attempt to provide the best recreational value to the people.

According to the information revealed, 90% of the sit-outs in the F-6 Markaz have been completed, while another is being built in the F-10 Markaz. By the end of next month, the CDA expects three sit-outs to be open to the public.

In the meantime, the CDA’s Environment Directorate has begun cleaning up land and roads, as well as clearing overgrown grass and wild bushes that obstruct traffic and detract from the city’s beauty. The removal of shrubs will begin alongside the planting of trees on roads and highways, with the emphasis currently on the city’s western side.

Read more: 4400 apartments to be setup

The organization’s Director General of Environment confirmed that Islamabad is one of the world’s green capitals, emphasizing the importance of preserving its unique character. Finally, he mentioned that parks would be a focal point of the beautification effort, with Fatima Jinnah Park receiving special attention.