Pakistan and Japan will deepen their economic ties 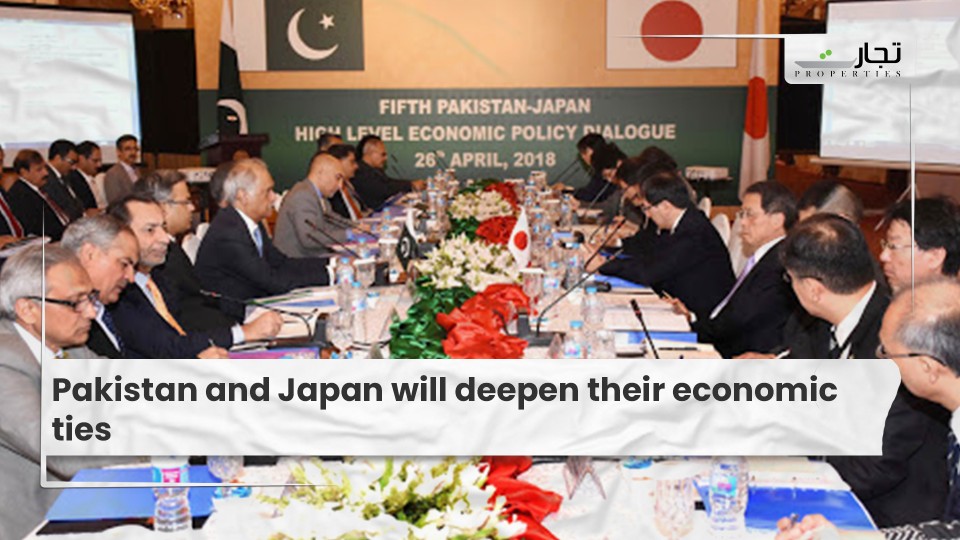 Islamabad: According to news reports, Pakistan and Japan discussed a wide range of business and investment ties on Thursday, identifying areas for further improving and enhancing economic cooperation.

Bilateral issues of mutual interest were addressed during a call-on meeting between the Ambassador of Japan Kuninori Matsuda and the Federal Minister of Finance, Revenue, Industries, and Production Muhammad Hammad Azhar.

Read More: Japanese companies have been asked to look into forming joint ventures in Pakistan

The finance minister, speaking on the occasion, claimed that Pakistan and Japan have had cordial and friendly ties for many years and that this relationship will continue to grow stronger with each passing day.

He praised Japan’s government for its support for Pakistan’s infrastructure and institutional growth, noting that Japan was Pakistan’s most important development partner.

The minister emphasized the government’s policies that resulted in an economic turnaround. According to him, Pakistan’s primary deficit has been turned into a surplus as a result of strict fiscal discipline.

The country’s fiscal response to Covid-19 has been cautious and well-targeted, including the landmark Ehsaas initiative, which re-allocated spending to the most vulnerable segments.

The minister praised Japan’s significant investment in various sectors, especially the automotive industry, and pledged to assist Japanese investors and businessmen in pursuing major investment initiatives in Pakistan, where there is a growing demand for innovative business products and services.

Kuninori Matsuda was thanked by Hammad for his efforts to improve Pakistan-Japan relations. The ambassador said at the time that Japan places high importance on its bilateral relations with Pakistan.

He briefed the finance minister on the activities of Japanese companies in Pakistan and expressed optimism that business and economic relations between the two countries would improve further.