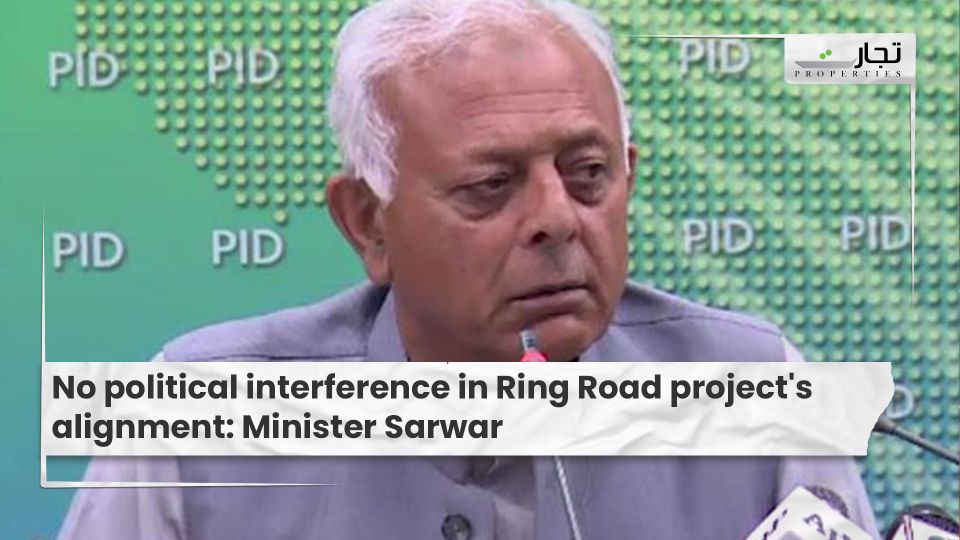 ISLAMABAD: Minister for Aviation Ghulam Sarwar Khan said that politics did not influence the alignment of the Rawalpindi-Islamabad Ring Road project on Monday.

If the road alignment changes, it is due to technical reasons that relevant experts can clarify at a press conference.

The minister stated that the project’s inquiry report should be reviewed again because some investigation committee members had added their own opposing notes to it.

Even though his or any of his family members’ names were not included in the inquiry report, he claimed that certain elements were attempting to implicate him in the controversy, adding that documentary evidence must be presented to show his involvement or he would pursue legal action.

In 2017, an alignment of the Ring Road from Rawat to Thalian Interchange connecting it to the motorway was proposed, but it was not authorized, he said, adding that the National Highway Authority (NHA) expressed concerns that it would not be able to regulate traffic on the Ring Road, which was estimated to be 33,000 vehicles per day at the time.