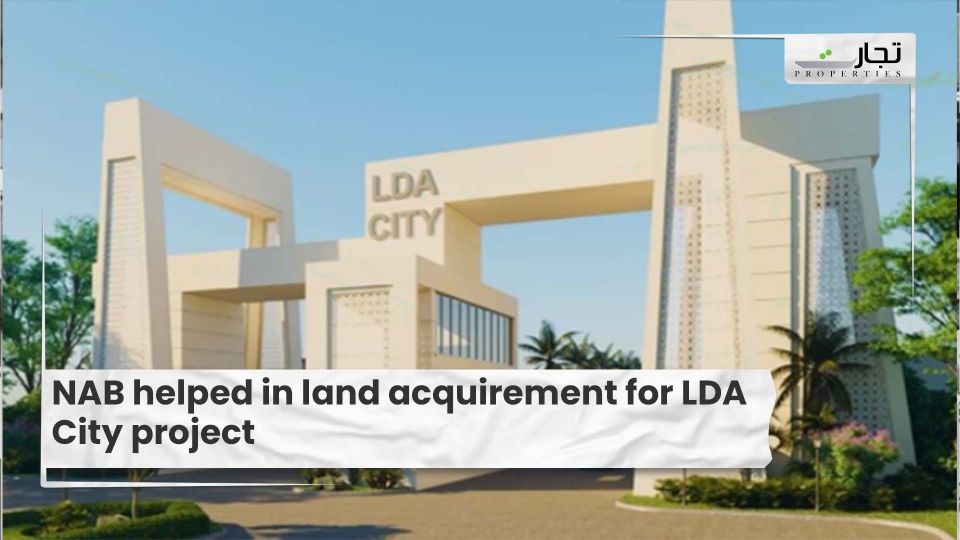 Lahore: According to a piece of recent news, the National Accountability Bureau (NAB) announced on Friday that it had assisted the LDA City project in acquiring thousands of acres of land.

“The LDA City was envisioned as the Lahore Development Authority’s (LDA) biggest housing initiative with private sector involvement, but the project encountered unusual delays of up to eight years and difficulties in securing the property from private developer partners,” the NAB said in a statement.

According to the report, the LDA agreed in 2013 to procure 45,000 Kanal land for the LDA City Project within one year through five private development partners (land providers), for which the authority declared 30% of land in the form of built plots. However, the development partners failed to provide the required land until 2018 and even sold out the 10,000 entitled plot files to the general public.

According to the NAB, the Supreme Court formed a committee in 2019 to expedite the resolution of the issue, which was chaired by the provincial minister for housing Mian Mehmood ur Rasheed and included the NAB and the LDA.

“NAB Lahore’s guidelines and implementation helped in the provision of 25,500 Kanal land (approximately) to LDA, from which 11,300 plots were handed over to the general public by balloting,” the bureau said, adding that it had aided more than 60,000 people directly and indirectly in the housing sector since 2017.