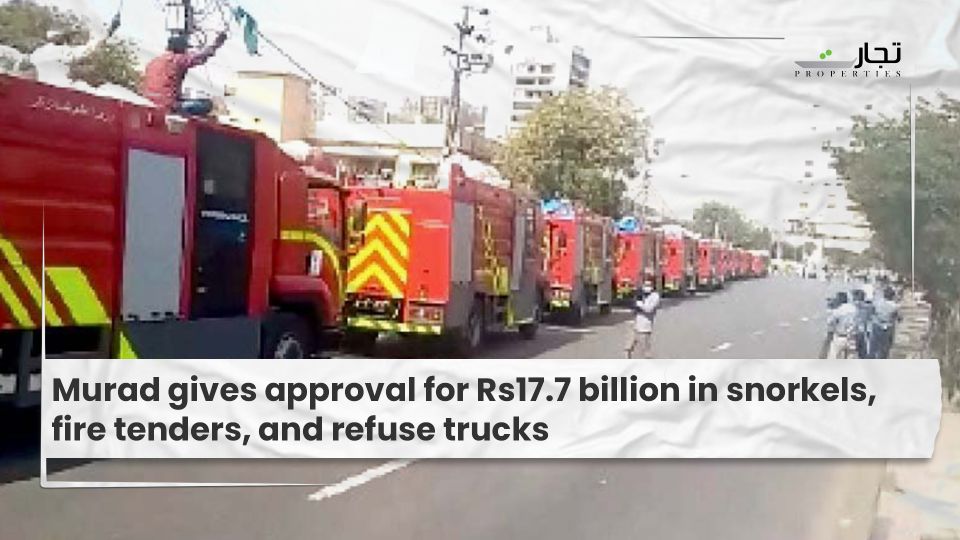 While presiding over a meeting here at CM House, he made this decision. Local Government Minister Nasir Husain Shah and other officials were present at the meeting. The local government department proposed a plan to buy eight snorkels for extinguishing fires in high-rise buildings.

The chief minister was informed that eight snorkels, each measuring 35 metres in length, would be purchased for the divisional headquarters — three for Karachi, one for the Hyderabad Municipal Corporation for the divisions of Nawabshah, Sukkur, Mirpurkhas, and Larkana.

Tenders for the purchase of snorkels had been floated, according to the local government minister. The snorkels were also needed for all divisional headquarters, he said. The chief minister then announced that Rs1.5 billion would be made available in the coming fiscal year.

The LG minister also told the meeting that the municipal committees needed to transport garbage collected in their respective areas to landfill sites, which necessitated the procurement of 102 tractors and trolleys at the cost of Rs4.1 billion.

The plan was accepted in principle by the chief minister, who instructed the finance department to make the funds available at the start of the next fiscal year. The local government department proposed another scheme for the procurement of 89 fire tenders for various municipal committees.

The chief minister also approved a request from the local government department to purchase 115 refuse trucks for Rs9.3 billion in the coming fiscal year.

Murad Ali Shah ordered the LG minister to activate the Karachi Metropolitan Corporation and the District Municipal Corporations to clean their big nullahs. “Because the monsoon season is approaching, desilting of major nullahs should begin as soon as possible,” he said.