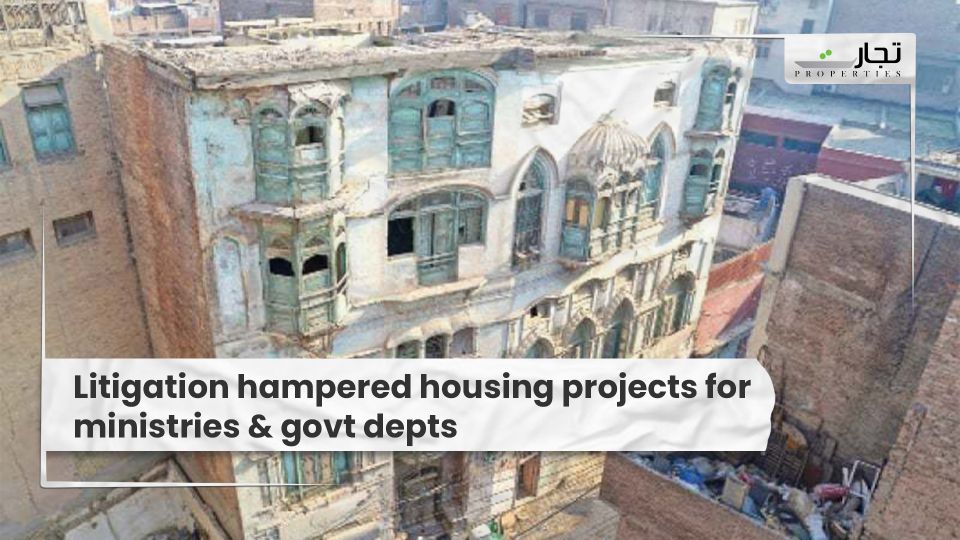 Islamabad: According to several reports, in the Islamabad High Court (IHC), almost all housing societies operating under the auspices of federal ministries and government departments are facing legal action.

Read More: On the grounds of the district court, illegal buildings demolished

The purpose of these societies was to meet the housing needs of their respective employees. However, these societies have evolved into commercial organizations, with members of the general public openly purchasing and selling plots and data.

The IHC is now hearing complaints against the DHA administration charging “excessive” development fees. Some petitioners have filed a lawsuit against the DHA for failing to deliver plots they purchased over a decade ago.

A couple of petitions have also been submitted in opposition to the cancellation of plots in the Naval Farms. In this case, the IHC has also issued a warning to the naval command.

The revenue involved in the election of management committees of societies that care for properties, carry out development work, and generate commercial activity is highlighted by a recent lawsuit in the IB housing society.

The society now has over 10,000 members, with over 50,000 allottees who have purchased plots on which to build their homes.

The management committee allegedly spent millions of rupees on 3,000 members and their families’ plane travel to Islamabad, hotel accommodations, tourism, food, and cash incentives, according to the suit.

Currently, the IHC has 45 pending cases involving these housing associations.

The court stated that state agencies launching housing projects was a textbook case of conflict of interest. It was pointed out that the institutions tasked with enforcing the law were the ones breaking it.

Most housing developments of state agencies and departments, according to the court, violate the Capital Development Authority Ordinance 1960.