CDWP is to approve PC-1 of District Courts Complex 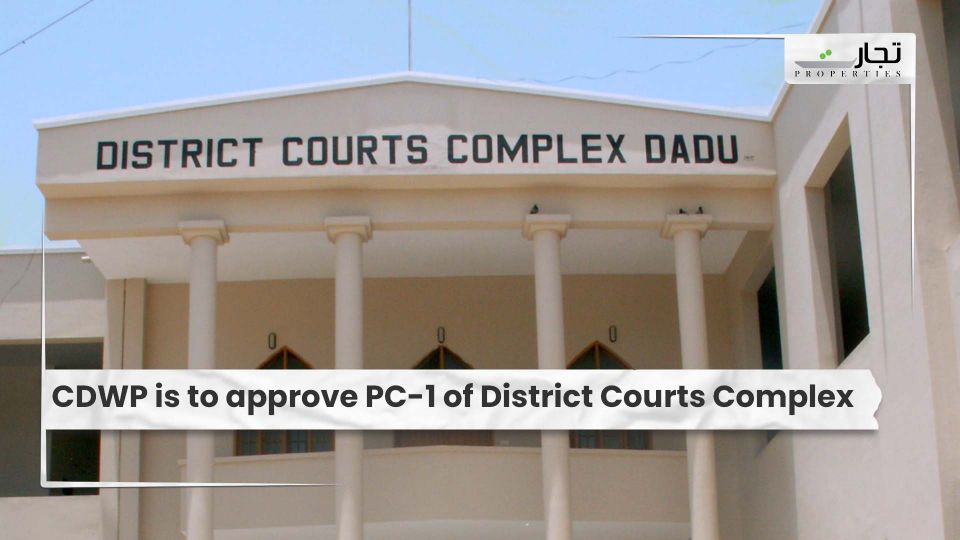 ISLAMABAD: The law ministry told the Islamabad High Court (IHC) on Tuesday that on March 31, the Central Development Working Party (CDWP) would approve the PC-1 of the Islamabad District Courts Complex, which includes 91 courts and allied facilities for litigants (today).

On Tuesday, Secretary of State for Law Raja Naeem Akbar appeared before IHC Chief Justice Athar Minallah during the hearing of a petition to establish a court complex in the federal capital.

He said the summary for constructing the courts complex would be submitted to the federal cabinet on Thursday after the CDWP gave its approval. He informed the court that he had visited the Federal Judicial Complex on Monday to examine the administrative challenges that special court judges face.

He also told the IHC that a separate five-acre plot would be set aside to establish facilities for the complex’s litigants and lawyers. The court was also told that two five-acre plots had been set aside to develop separate judicial complexes for the District (west) and the District (east). The Islamabad High Court has been temporarily built on one of the plots while the other is vacant.

According to him, the plot is owned by the Ministry of Law and Justice, and the building’s design and development must adhere to all relevant laws. He expressed the hope that, at this stage, the building of a Judicial Complex on the vacant plot would suffice to meet the requirements.

Although not much had been done in the last four decades to change the District Courts’ appallingly deplorable conditions, a reform process had been initiated in the last two years to improve the district judiciary, according to Justice Minallah. He was pleased with the response from the federal government.

The Secretary of Interior had previously told the court that the prime minister had ordered government functionaries to prioritize the construction of a state-of-the-art judicial complex on the vacant plot so that the District courts could be relocated from F-8.

On behalf of the Federal Government, he pledged that no stone would be left unturned in completing the project as quickly as possible. He also told the court that a committee comprised of members from all departments involved would be created to ensure that the judicial complex’s construction was not delayed.

According to the chief justice, the district courts are the most critical tier of the judicial branch because they primarily represent those who aren’t privileged. He argued that the state had a constitutional duty to ensure that actual stakeholders could exercise their right to meaningful access to the courts.