Installation of 24MW solar plant in Faisalabad planned by WASA 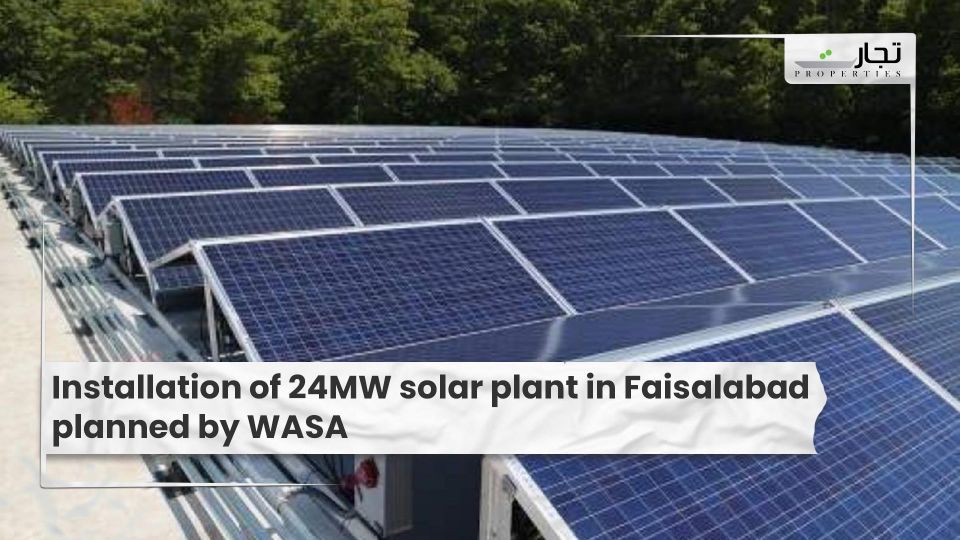 Faisalabad: As per the latest news, the Water And Sanitation Agency (WASA) of Faisalabad has approved the construction of a 24 MW solar plant near Chakira on Narrwala Road at a cost of Rs 4 billion in an effort to resolve energy shortages and solve WASA’s financial concerns.

WASA Vice Chairman Sheikh Shahid Javed indicated that a large-scale operation is being carried out to clear WASA territories of unlawful settlers, with encouraging results. The lands that have been abandoned will be used for uplift projects such as bettering water supply and sewerage infrastructure.

WASA Managing Director Jabbar Anwar Chaudhry went on to say that a feasibility plan for a 24 MW solar facility had been created and will be put on the CPEC priority projects list. PC-1 was delivered to the appropriate authorities, and the Punjab government had yet to ratify the final decision. He went on to say that the solar project will save Rs90 to 100 million in monthly electricity costs, which would be used to strengthen WASA’s services.