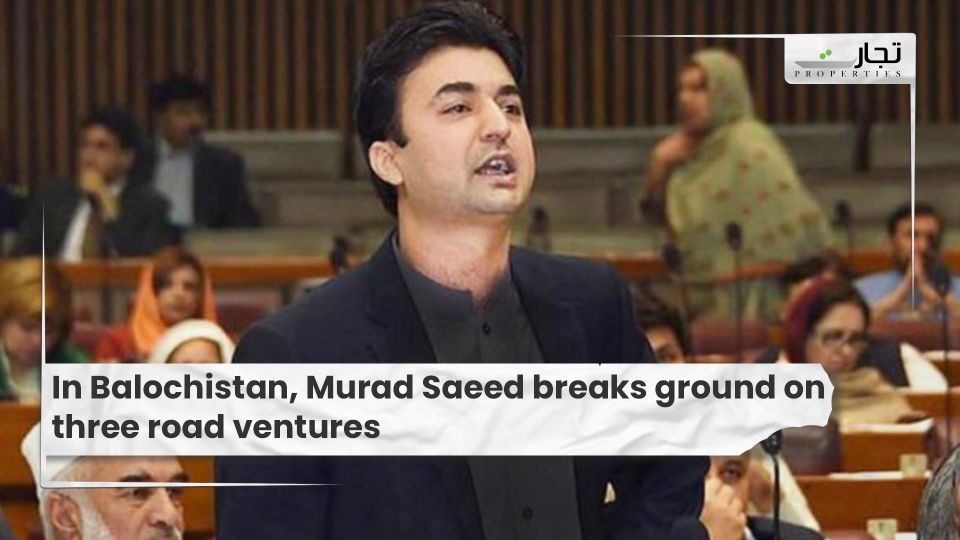 Quetta: According to our sources, Murad Saeed, the Federal Minister for Communications and Postal Services, broke ground on three road projects in Balochistan on Wednesday.

Dualization of Quetta Western Bypass, construction of Dera Murad Jamali Bypass, and Ziarat Mor-Kach-Harnai-Sanjavi Road are among the schemes. The National Highway Authority (NHA) is in charge of the programs. While briefing on the schemes, Chairman NHA Capt (Retd) Muhammad Khurram Agha said that the 22.7km long dualisation of Quetta Western Bypass will be completed at a contract cost of Rs3938.78 million.

The completion of the project, according to the NHA Chairman, would relieve traffic congestion and reduce travel time by 30-45 minutes, resulting in lower vehicle running costs.

He claimed that the 11-kilometer Dera Murad Jamali Bypass will be completed at a cost of Rs1456.3 million under the deal. The bypass, which would have two lanes, would take 18 months to complete. The project will include the construction of one bridge and 31 culverts. Congestion in the Dera Murad Jamali Bypass urban area will be relieved once the bypass is completed.

The construction of the 162-kilometer Ziarat Mor-Kach-Harnai-Sanjavi Road, according to the NHA Chairman, is critical. The project will take two years to complete at a contract cost of Rs8379.7 million. The project will build more than 8611 jobs for residents, with 12 bridges and 415 culverts.

He said that the project would strengthen the area’s socioeconomic conditions. When fully implemented, the project would reduce vehicle running costs by 30% while reducing travel time by more than 50%. Federal Minister Murad Saeed, speaking on the occasion, said that the current government had undertaken the western route of the China Pakistan Economic Corridor (CPEC) from Balochistan, and that this dream of development had been realized.

He stated that work on the 796-kilometer Chaman-Quetta-Karachi-Highway will begin this year.