For the 7th Avenue Interchange, evaluation of companies initiates 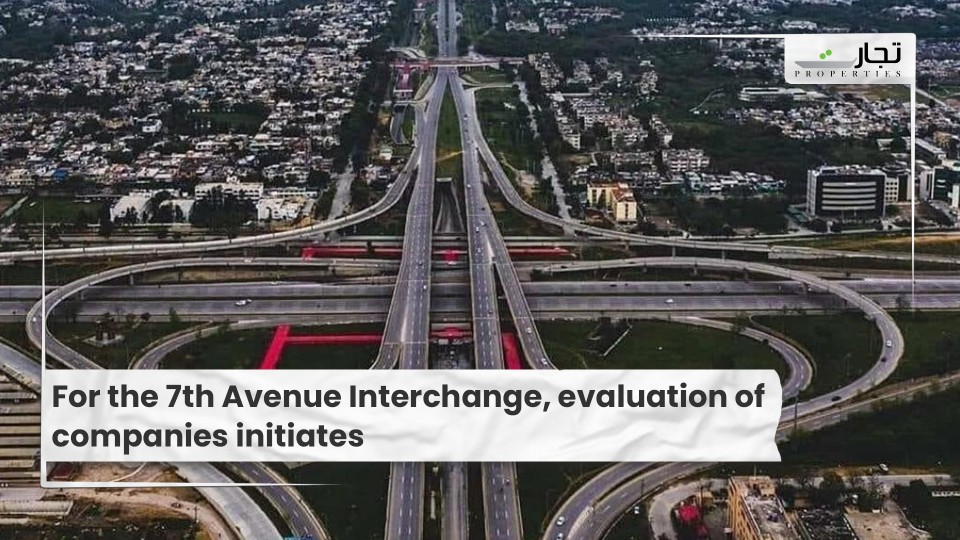 Islamabad: According to our sources, the city managers have begun reviewing bids for the long-delayed 7th Avenue Interchange project.

Near Aabpara, the interchange will be built at the intersection of 7th Avenue, Khayaban-e-Soharwardi, and Srinagar Highway.

On February 18, the CDA invited construction companies to submit technical bids. The civic agency is currently reviewing the companies before opening the financial bids.

Habib Construction Company (which recently completed the G-7/G-8 interchange), National Logistics Cell (NLC), and a joint venture of Maaksons, Calson, and Maqbool Associates are among the contenders.

Calson and Maqbool Associates are also working together on the Rawal Dam Interchange, P.W.D Underpass, and the extension of the Korang Bridge (JV). Maaksons has also joined their joint venture for this project.

Officials from the CDA said that all of the companies seemed to be in good shape to win the Rs1.5 billion deal.

“We have started the process to complete technicalities ahead of opening the financial bids,” said a CDA officer. He mentioned that the project is critical and that the civic agency will complete it within the year allotted.

The 7th Avenue Interchange will be in the form of a cloverleaf, with four loops on either side. An underpass will connect the two sections of Khayaban-e-Soharwardi.

The idea was conceived in 2008, and the CDA declared several times that it would begin work, but each time it was presented to the CDA-DWP, the latter objected.

The PC-1 was accepted and the CDA called tenders at a DWP meeting in October of last year.

Officials from the CDA said the civic agency had a budget of over Rs30 billion and was preparing to start some other road projects.

In the absence of an interchange, however, motorists face regular traffic congestion as a result of prolonged traffic signals, especially during rush hours.