Five arrested for attempting to level land on Margalla Hills 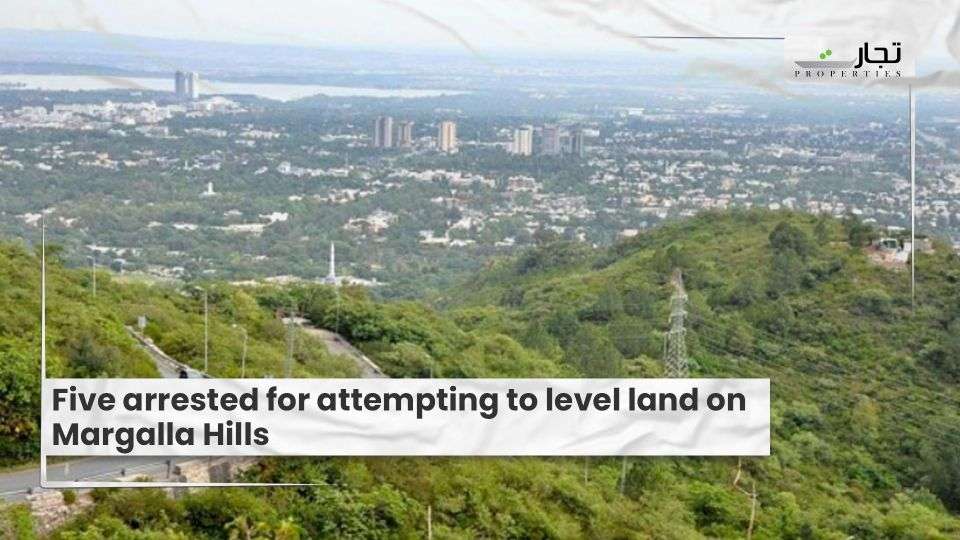 Islamabad: According to news reports, five people were arrested by the capital administration and police on Wednesday for attempting to level property on the Margalla Hills in to to carve out parcels.

According to sources, the administration carried out a huge operation in Talhar Region on Wednesday in an attempt to alter the landscape of a green area.

They claimed that after receiving the information, Amer Ali Ahmed, the chairman of the Capital Development Authority (CDA) and chief commissioner, directed the administration and police to take action.

The five people have been charged, according to the sources, who also stated that no permanent structures have been built but that blocks and materials are being gathered.

Those arrested claimed to be affiliated with a politician’s company. To ensure that there is no unrest, police have been stationed at the site’s abandoned government building. The landmark, which stands on the border of Khyber Pakhtunkhwa and the city, is otherwise difficult to get.

There are approximately 4,000 Kanals of undivided (Shamlat) land in the area that is used for grassing, but villagers have begun selling it and have attempted to level it.