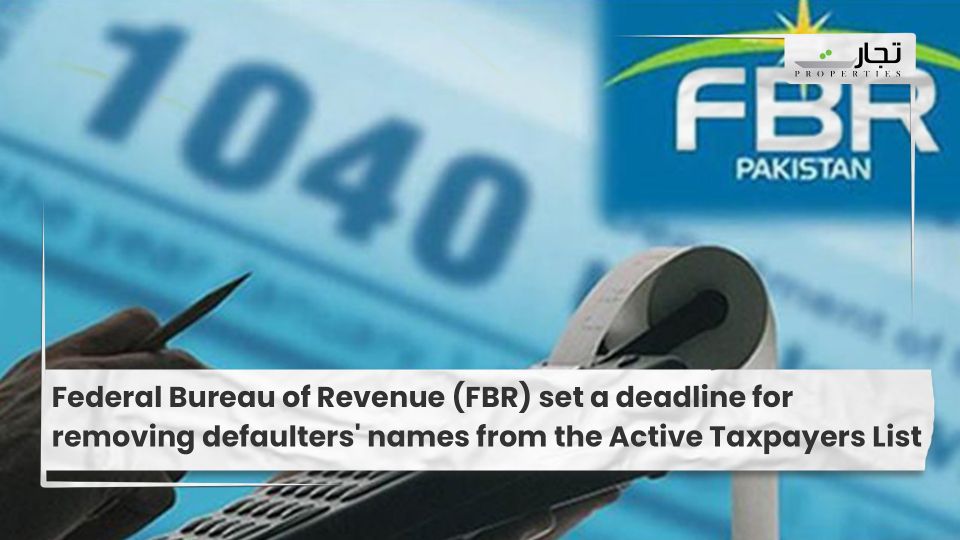 Islamabad: According to recent reports, the Federal Board of Revenue (FBR) recently released a circular extending the deadline for sending taxpayer profiles until June 30. According to a news story published on Friday, the board also warned against non-compliance, noting that defaulted names would be excluded from the Active Taxpayers List (ATL) and would be subject to a surcharge.

The deadline had previously been extended by the FBR from December 31, 2020, to March 31, 2021. Since a profile is a very important piece of information about a taxpayer, the government has made it mandatory to update the details in case of a change in address or bank account. The mandatory obligation is preserved in Section 114 of the Income Tax Ordinance 2001.

Taxpayers who are on the ATL list are given lower tax rates, while those who are in default face a regular penalty fee as well as an extra surcharge for being added to the ATL list. Furthermore, the FBR, under Section 182 of the Income Tax Ordinance, will levy a penalty of PKR 2,500 per day for non-filing and a minimum of PKR 10,000 for failure to update a profile.

FBR spokesperson Nadeem Rizvi stressed the significance of having an up-to-date profile for the refund sum to be sent directly to the bank account, as well as the importance of IBAN.

He went on to say that taxpayers would have to exchange information with IBAN such as mobile phone numbers, email addresses, and business addresses and that the taxpayer’s profile should include information about their business, such as premises, storage, and retail leases, as well as copies of utility bills, property title, and rental contracts.