Demolition of katchi abadis in capital has been halted 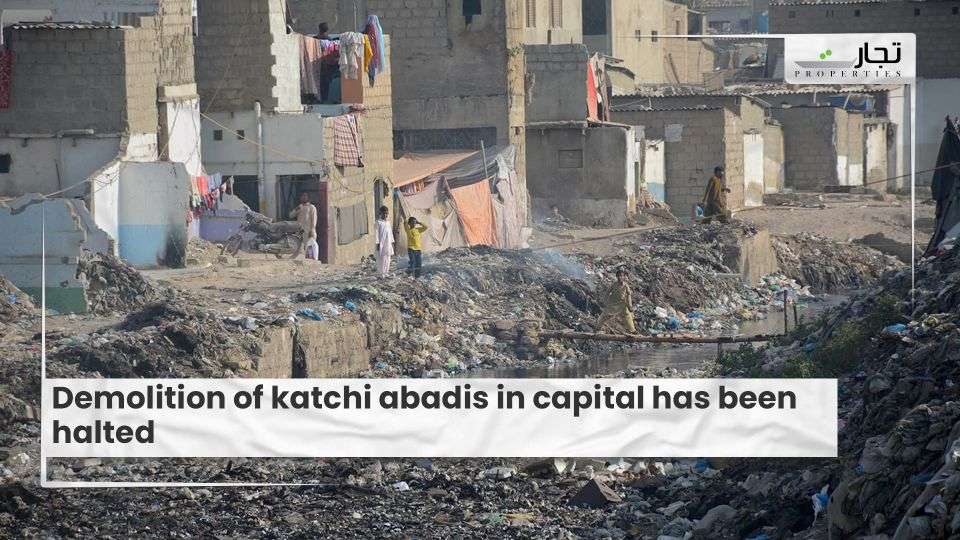 Islamabad: The Islamabad High Court (IHC) issued a stay order against the demolition of katchi abadis in the federal capital on Tuesday, stating that the working class living in slums was not being treated equally to those for whom the government has periodically created housing plans.

Chief Justice Athar Minallah of the IHC was hearing a complaint made by a slum inhabitant against the Capital Development Authority‘s (CDA) ongoing operations.

The petitioner disputed CDA’s August 2 notice in court, claiming that he had lived in the katchi abadi for more than four decades.

He accused the civic agency of using a discriminatory and selective approach to the anti-encroachment operation, sending notifications to some and omitting others.

The katchi abadis had been in existence for four decades, according to Justice Minallah, and the residents belonged to the most marginalized parts of society.

The court allowed the Federal Government Employees Housing Foundation (FGEHF) to be named as a respondent in the petition and ordered the FGEHF’s director-general and the CDA chairman to submit a report explaining why the working class in the katchi abadis were not eligible to receive land allotment like those who received state land.

The CDA has been ordered not to demolish the katchi abadis until the next hearing, which has been postponed until August 25.

Elections for the management committee of the Ministry of Commerce Employees Housing Society were held on August 7, according to the petition.

Atif Butt, the petitioner, alleged that 919 people cast ballots, three of which were rejected, and three voting papers went missing.

However, the findings revealed that 1,107 ballots were cast, which was due to the incompetence of district administration officers assigned to the election duty.

Candidates facing corruption charges in the accountability courts, he claims, were allowed to run in the elections.