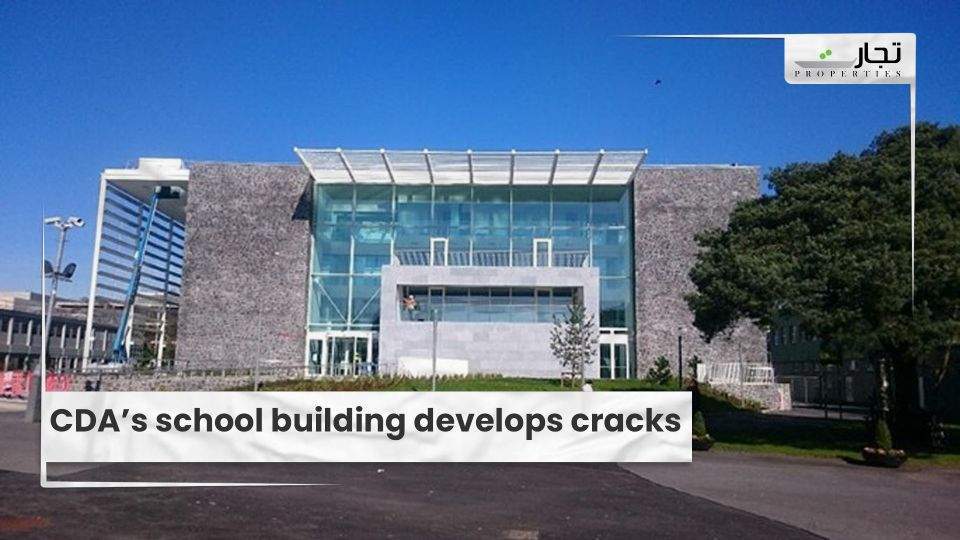 Islamabad: During the school day on Tuesday, the Capital Development Authority (CDA) school building in I-9 developed cracks. The building, which cost Rs. 30 million to construct, developed fissures due to inferior materials utilised in its construction.

However, according to sources, the school’s administration evacuated all pupils who were present in several of the building’s classrooms.

“I was speaking with kids when the building shook. On the condition of anonymity, a teacher remarked, “We assumed it was an earthquake.”

She stated that there should be no compromise on this matter, that a thorough investigation should be performed, and that the building should only be used on the advice of independent engineers.

Later, the school administration declared that tomorrow would be a holiday due to a teachers’ workshop. When called, Director Works CDA Engineer Tahir Mahmood stated that he would check the school the following day.

Normally, he added, plasters develop cracks, which are a small problem that can be corrected. The CDA Model School is one of Islamabad’s premier schools, serving the children of CDA officials as well as other Islamabad residents.