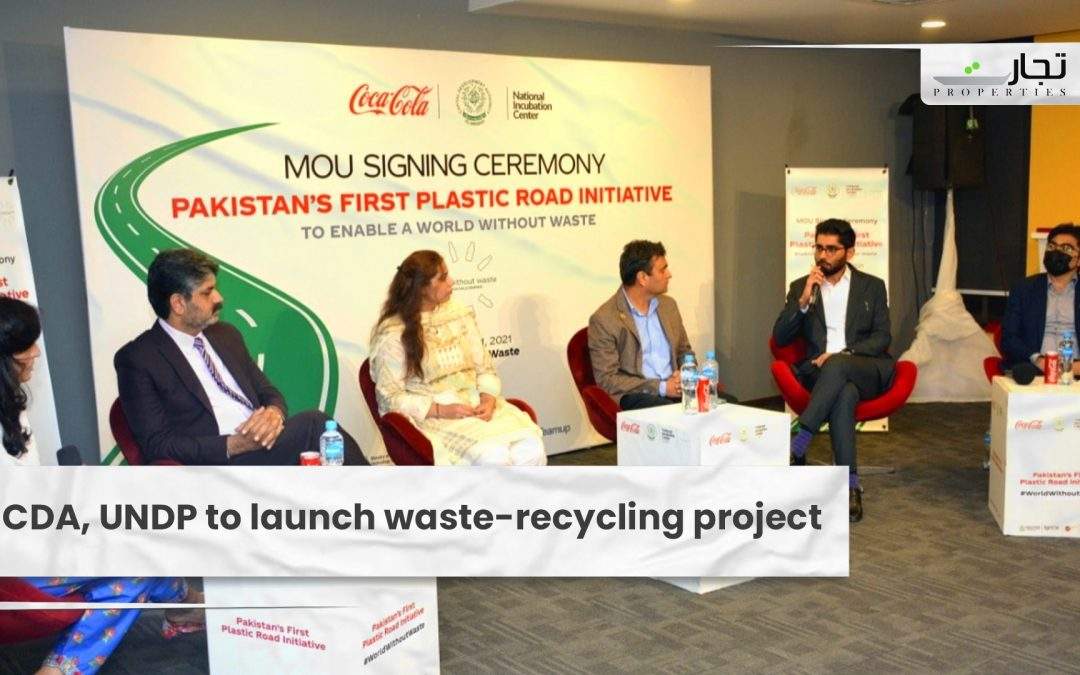 Islamabad: The Capital Development Authority (CDA) is initiating a project with the United Nations Development Programme (UNDP) in which rubbish will be split into two sections at the place of origin.

After recycling, segregated dry trash will be used, according to CDA. The effort will begin as a three-month pilot project in Sector E-7, Margalla Retreat, Park Enclave, and I-8.

UNDP will give two-color, different shopping bags in all homes in these areas for three months as part of this project to distinguish dry and other rubbish at the source point. Six sanitation department cars will be deployed for this purpose.

Kitchen garbage would be separated and disposed of, while dry waste would be recycled by the UNDP and used to manufacture dustbins, park furniture, and other objects that the local authority would reinstall in the same areas, according to the CDA.

E-7, Margalla Retreat, Park Enclave, and I-8 would be the first areas covered by the project. This project will be expanded to other parts of the city after its initial success. According to a CDA official, both UNDP and CDA are focused on this project, which would be repeated across Islamabad.