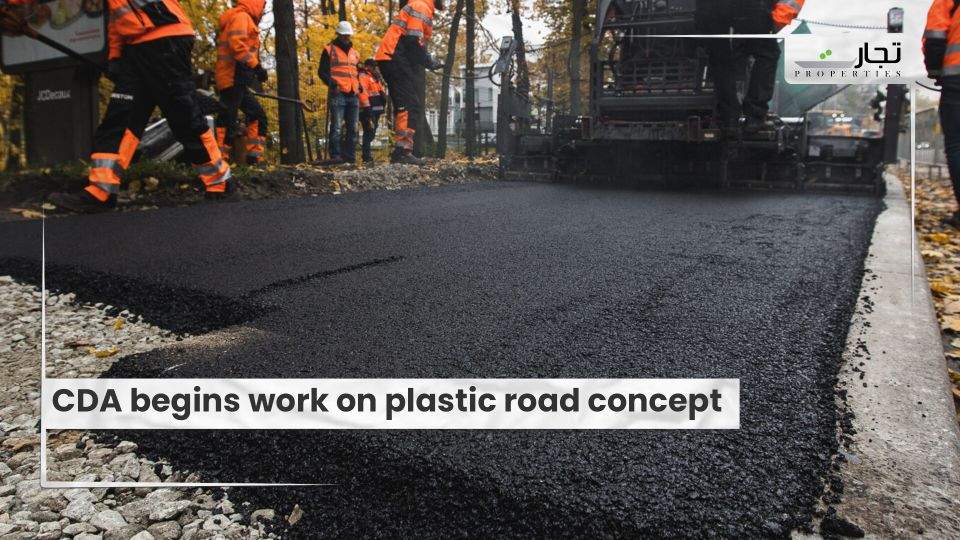 Islamabad: The Capital Development Authority (CDA) management began work on the plastic road idea on Wednesday, with the purpose of recycling plastic debris and assisting in road building.

According to the CDA, Islamabad collects 500 to 600 tonnes of municipal waste every day, with 150 to 180 tonnes of plastic waste. Environmental pollution can be reduced by recycling the collected plastic.

According to a news release published by the authority, a pilot project has been launched in F-9 Park in accordance with Chairman CDA’s instructions.

This is Pakistan’s first project of its kind, and it’s being launched in partnership with a private enterprise. It’s worth noting that CDA signed a memorandum of understanding (MoU) with a private beverage company a month ago, under which work on a pilot project has already begun, according to the press release.

The project was opened on Tuesday by CDA Chairman Amer Ali Ahmed. If the project’s results are positive, the concept would be implemented on Islamabad’s highways, according to the press release.