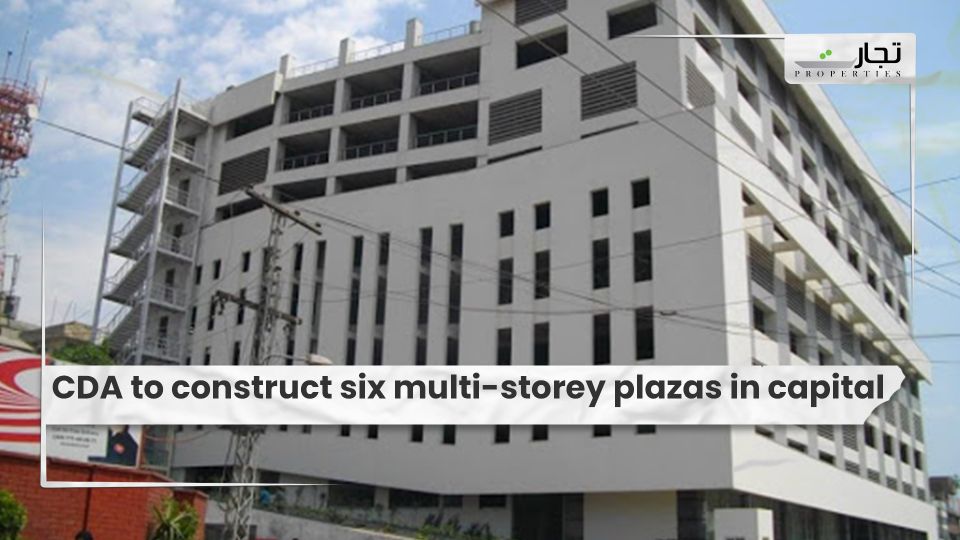 Islamabad: As per the latest news, the Capital Development Authority (CDA) board approved six multi-story parking plazas in Islamabad’s major business districts on Thursday, with a total parking capacity of 3,500 vehicles.

A consultant briefed CDA board members on the project at an unofficial meeting, and board members approved the proposal to build six parking plazas – three in Blue Area, one in F-8, and two in F-10 Markaz.

CDA officials said that after the design is completed, the civic agency plans to build plazas in June and July of this year.

“Today, we got briefing from consultant and approved six sites. I have directed the concerned wing to start construction work in June-July of this year,” stated CDA Chairman Amer Ali Ahmed.

In an interview, he said that CDA will also sell a few floors of Blue Area parking plazas to cover the project’s construction costs.

He added that the plazas’ rooftops would be used for planting and promoting green characteristics, and that parking plazas in the Blue Area would be six to eight storeys high, while those in the F-8 and F-10 would have basements and two storeys.

The CDA’s Development Working Party (DWP) approved the hiring of a consultant to perform a feasibility study and detail engineering for the development of new parking spaces in the capital in August of last year.

The PC-II for the project, titled “engagement of consultancy services for feasibility analysis, comprehensive engineering design and construction, and supervision of parking plazas at various locations in Islamabad,” was approved at the CDA-DWP meeting. The contractor was then hired, and he finished his initial design.

The project would cost Rs35.8 million and take eight months to complete, according to CDA documents. Officials with the CDA said the chairman had requested the concerned wing to finish the construction in three months.