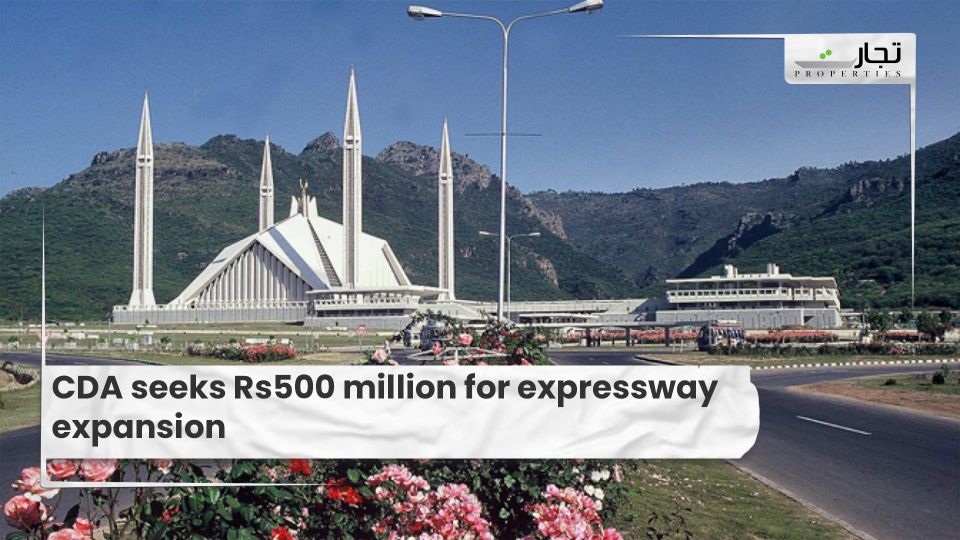 ISLAMABAD: The Capital Development Authority (CDA) has agreed to approach the federal government for Rs500 million to begin expanding the expressway from Koral to G.T. Road.

From Koral to G.T. Lane, the expressway, which is the busiest inter-provincial road, has been congested. According to sources, the CDA’s management has agreed to request Rs500 million from the federal government to begin the road’s expansion.

The decision was made by CDA representatives and Chairman Amer Ali Ahmed the other day, according to sources, when addressing two ongoing expressway construction projects – the P.W.D underpass and the extension of the Korang Bridge.

A board member said, “We are going to send a letter to the federal government this week.”

When asked if CDA wants Rs500 million for the upcoming Public Sector Development Program (PSDP) for 2021-22, the member replied, “No, we are asking the government to release funds in this fiscal year from unutilized funds that various departments will surrender.”

Four construction companies responded to the invitations, according to CDA officials, and the CDA has opened technical bids and will open financial bids in the coming days to award a contract worth Rs480 million for a nine-kilometer-long service route.