2,000 government employees chosen by balloting in Lahore for the Naya Pakistan apartments 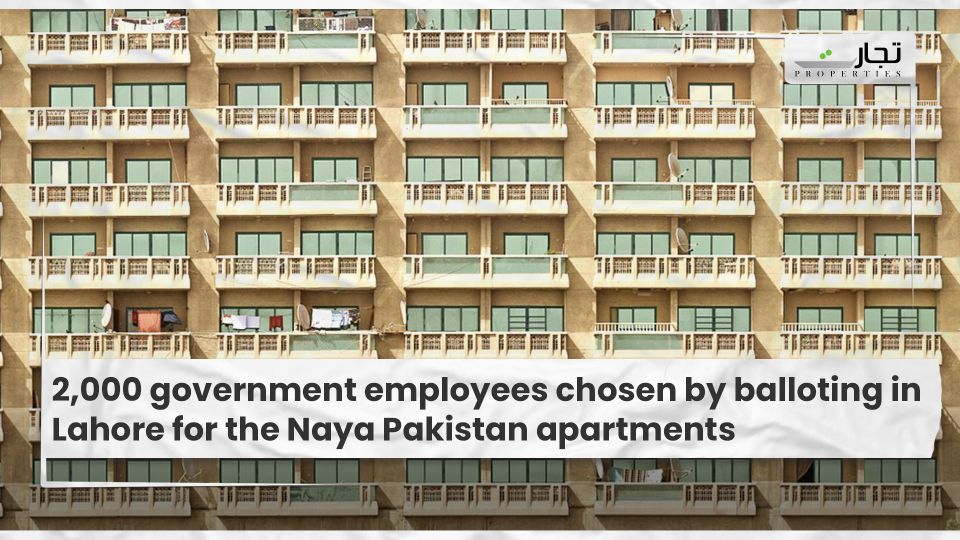 LAHORE: Balloting for the LDA City Naya Pakistan Apartments took place on Tuesday at the chief minister’s office, with Chief Minister Usman Buzdar pressing a machine key to assign 2,000 housing units to as many people as possible, out of 13,277 applicants.

The cost of an apartment is approximately Rs2.7 million, and allottees should apply for the subsidy separately. Those eligible for the subsidy will be required to put down 10% (of the total amount) as a down payment, and those who are not will be required to put down 21%. After occupying the apartments, the remainder of the payment would be made in simple monthly instalments by the allottees.

In the first step, the apartments will be distributed to employees of the federal and provincial governments and the Lahore Development Authority (LDA). He said that the more than 13,000 applications for the apartments demonstrated a high level of public confidence in the project, built on a no-profit, no-loss basis.

He promised that the apartments would be handed over to the allottees on time and that the building quality would be superior to any private housing scheme.

In a tweet, the chief minister said no Muslim could ever show disrespect for the Holy Prophet, referring to recent unrest in the country over the blasphemy problem (PBUH).

He expressed regret that certain opposition parties attempted to politicize the recent tragic event, and he called their negative attitude into question.

The opposition leaders attempted to add fuel to the flames, but their schemes were foiled, he said.

He accused the opposition of attempting to split the country over when the country needed unity and sanity, saying that their “irresponsible behaviour” would be remembered in bad terms.