Tomorrow to be first day of construction on Margalla Road 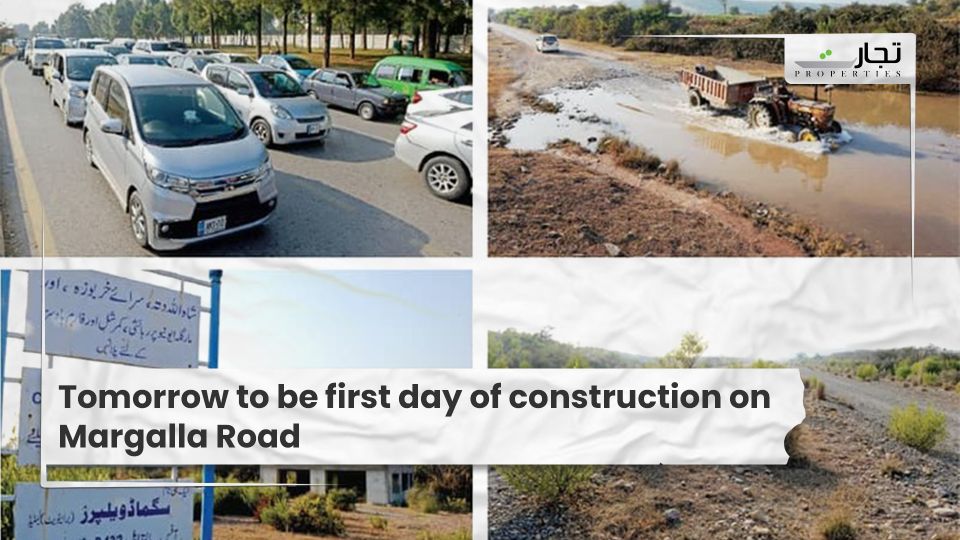 Ali Nawaz Awan, the Special Assistant to the Prime Minister (SAPM) on the Capital Development Authority (CDA), who will also be present at the ceremony, informed Dawn that work on the road will begin on Thursday.

The first package will be inaugurated on Thursday by the planning minister, who is also an elected MNA from the area, according to the SAPM.

Read more: Margalla Road to survey by the FWO & CDA

The road will be built in two sections, according to SAPM, from Sangjani to D-12 and from the Constitution Avenue edge to Satra Meel, Murree Road, avoiding Bhara Kahu.

According to sources, the CDA is currently not interested in building from D-12 to Constitution Avenue since it plans to use Khayaban-i-Iqbal as a link between the two.

Frontier Works Organization has already been awarded a contract by the CDA (FWO).

“This road would provide significant relief not just to inhabitants of Islamabad but also to people of surrounding areas,” the SAPM stated, adding that the route was originally part of Islamabad’s master plan, which was established in 1960 but ignored by successive governments.

“We are going to build this important route, which will assist relieve traffic congestion on other highways, especially the Srinagar Highway,” he stated.

The 35-kilometer Margalla Road, which runs from G.T. The road near Sangjani was supposed to end at Bhara Kahu, however the CDA has chosen to skip Bhara Kau and connect with Murree Road near Satra Meel instead.