To avoid encroachment, forest land of Margalla Hills must be demarcated 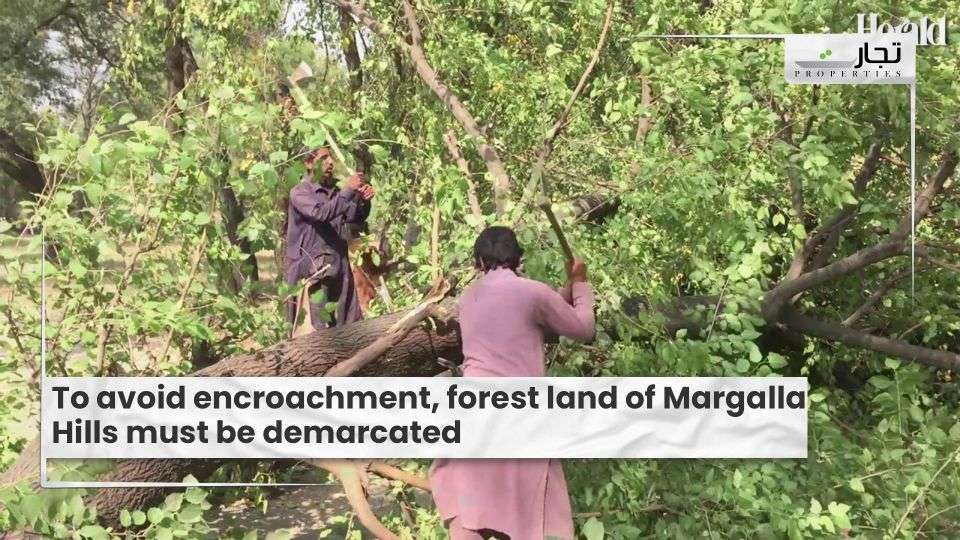 Islamabad: According to news sources, residents and nature lovers in Islamabad’s Margalla Hills National Park (MHNP) have raised worry about the illegal occupation and encroachment of forest areas, according to news reports. According to the residents, the problem arose owing to a lack of official intervention and the lack of land boundaries in the park.

Read More: Margalla Road to survey by the FWO & CDA

Furthermore, despite recent developments and measures by the cabinet and federal agencies to preserve nature by launching an anti-encroachment drive against illegal structures built on green lands, residents and visitors to the area stated that no practical steps have been taken to preserve the forest land.

Due to the lack of a delineation of the MNHP’s territory, residents of the villages within the park have expanded and built illegal constructions, resulting in the clearance of jungle areas and the chopping down of trees that take 20 to 30 years to reach their full height.

A similar incident was exposed in an official paper. According to the paper, areas of the Margalla Hills National Park near Jungle No. 1, Bhara Kahu, Mouza Manga, Salkhitar, 22 Mile, Chhatra, and Karlot have been illegally inhabited.