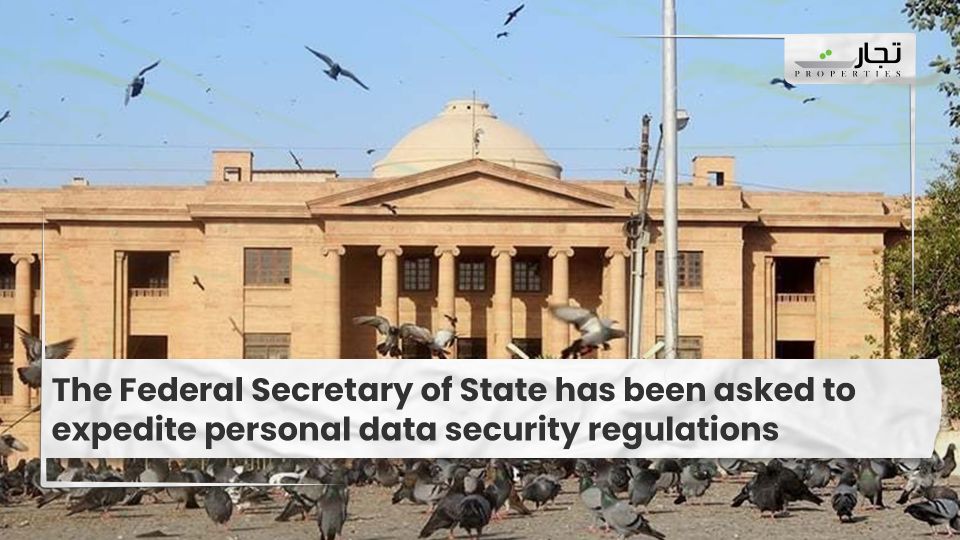 KARACHI: The Sindh High Court ordered the federal secretary of information technology and telecommunication to speed up the process after learning that the proposed legislation on citizen data security was still in the consultative stage.

According to a two-judge bench led by Justice Mohammad Ali Mazhar, the secretary of state has one month to file a progress report on an appeal from a federal law officer.

An AAG filed comments on behalf of IT and telecommunication when the bench heard a petition seeking an investigation into allegations of a data breach affecting 115 million cell phone users in Pakistan and its selling on the darknet.

The ministry responded that a draft of a Personal Data Protection Bill had been prepared and was in the consultation process. A petition requests an investigation into a data breach affecting 115 million cell phone users in the world.

Hussain Bohra, the Attorney General, said that the bill would be presented to the federal cabinet for approval after the consultative process with the Pakistan Telecommunication Authority was completed and that the legislative process would then be completed.

When asked why the matter was being delayed, the AAG said that the consultative process was being delayed because there was only 50% participation in the offices due to the Covid-19 restrictions.

However, he told the bench that he would remind the secretary of the ministry of information technology and telecommunications to speed up the process so that the bill could be presented to the cabinet and the legislative process could begin.

The bench was granted 30 days for filing a progress report in response to an AAG appeal. It directed its office to send a copy of the order to the secretary of information technology and telecommunications and the attorney general for compliance.

The bench had previously ordered the PTA to take all appropriate precautions to protect mobile users’ data, while a PTA cybersecurity researcher stated that an investigation was underway and that the report would be completed soon.

Advocate Tariq Mansoor, the petitioner, stated that there were allegations of 115 million Pakistani cell phone users’ data being breached allegedly by telecom service providers. The data was being sold on the darknet by some cyber criminals for 300BTC ($2.1 billion).