Special purpose acquisition companies to be introduced by SECP 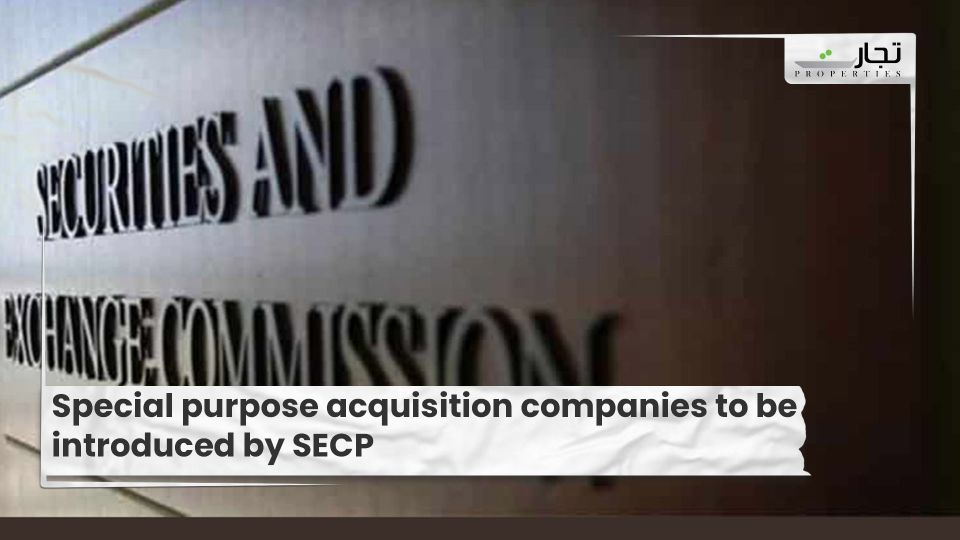 Islamabad: According to the latest news, the Securities and Exchange Commission of Pakistan (SECP) is considering introducing the idea of a Special Purpose Acquisition Company (SPAC) to make it easier to raise money for mergers and acquisitions.

SPACs, a new concept for Pakistan’s capital market, are common in many countries, including the United States, Canada, Malaysia, and others. A business formed under the SPAC framework consists of a group of individuals/professionals who collect funds from the general public and use those funds to complete a merger or acquisition transaction within a specified time frame.

The life of a SPAC starts with its creation (as a company), followed by its IPO, its quest for a target, shareholder approval for a merger/acquisition, and, finally, the completion of an acquisition or the return of the SPAC’s proceeds to its investors.

SPAC, according to the proposed regulatory structure, is a corporation or body corporate that is registered with the SECP and is founded by a group of people who meet the fit and proper requirements. SPAC will need Rs1 million in paid-up capital and will need to raise at least Rs200 million through a public offering.

The acquisition/merger must be completed within the two-year time limit, and at least 90% of the funds raised must be placed in an escrow account maintained by a custodian. The escrow account’s proceeds can be invested in approved investments.

The aforementioned amendments should create a more favorable regulatory climate for capital formation in the economy through the primary market.