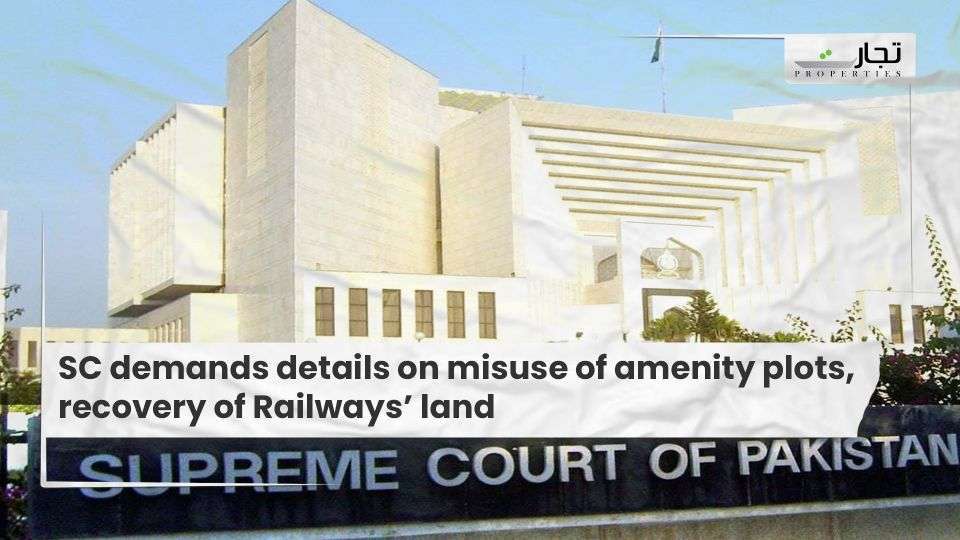 Karachi: According to news reports, the Supreme Court (SC) on Wednesday requested information on all amenity plots in Karachi and directed Pakistan Railways to reclaim property that had been illegally occupied by unlicensed housing complexes in two different cases.

A three-member SC bench led by Chief Justice of Pakistan (CJP) Justice Gulzar Ahmed has ordered the Director General (DG) of the Karachi Development Authority (KDA) to provide a detailed report on the number of amenity plots in the city, their master plans, allotment records, and the purpose for which these plots are used. Commercial encroachments on amenity plots designated for parks, government hospitals, and schools caused displeasure to the CJP.

The chief justice directed the concerned department to remove its land from unapproved plots while presiding over a case of illegal possession of Pakistan Railways land. He claimed that the area was given to railways for operating purposes but is now being used for commercial purposes, with tens of thousands of structures being built illegally on the land. When it was revealed that the land where a railway station was to be built was occupied, the court made these observations.