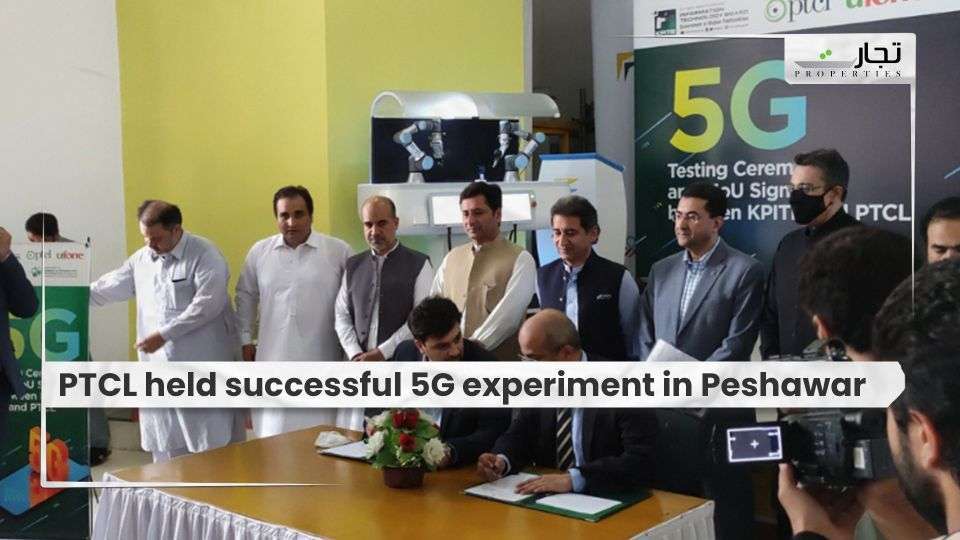 Islamabad: A successful 5G technology trial was held on Thursday at the Durshal Incubation Centre in Peshawar “in a limited environment on a non-commercial basis” as part of a collaboration between the Khyber Pakhtunkhwa Information Technology Board (KPITB) and the Pakistan Telecommunication Company Ltd, according to a statement from the Pakistan Telecommunication Company Ltd. (PTCL).

Read more: Enticing incentives to be given to early inhabitants of DHA Peshawar

As per the statement, “Successful remote surgery, cloud gaming, and an outline of projected 5G technology applications in Pakistan were among the demonstrations. Surgeons will be able to do surgery remotely in far-flung regions once the infrastructure and technologies are in place”.

Minister for Information Technology and Food Atif Khan, who was present during the testing, stated that KP was the “first province in the country to launch a trial of 5G services.”

People used to progress when a road was built in a region, but now, according to the minister, they will progress when 5G technology is accessible.

Khan also stated that citizen facilitation centres would be established, the IT industry would be promoted, and a 40-kilometre digital complex in Peshawar, as well as an IT park in Abbottabad, a special technology zone in Mardan, and an IT park in Swat, would be erected.

Read more: Gemstone laboratory to be built in Peshawar

He went on to claim that the internet had been supplied to 25 colleges in KP, with plans to expand it to other colleges and universities.

In February of this year, PTCL tested 5G technology at its headquarters in Islamabad, hitting download speeds of 1.685 gigabytes per second (GBPS).