Protection of trains disrupted by a deteriorated bridge 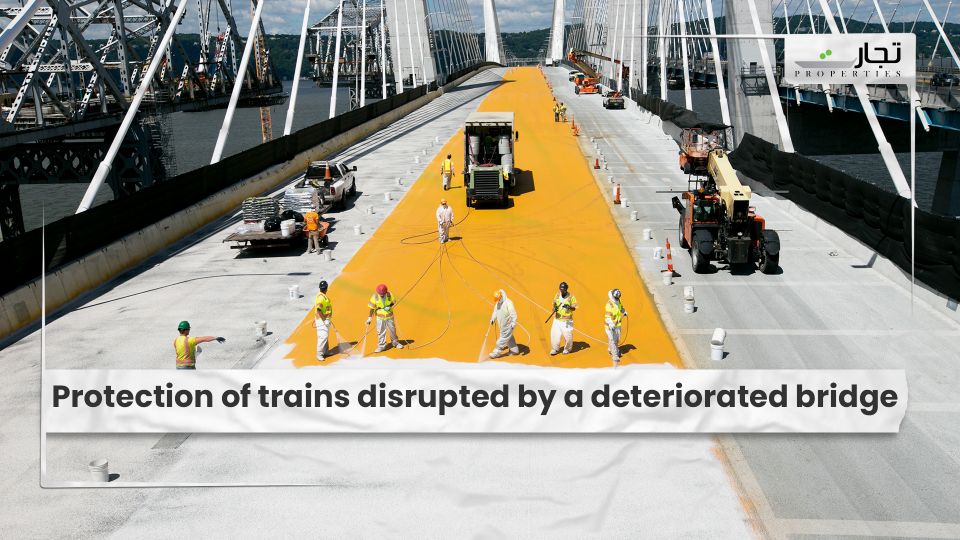 Narowal: The safety of two passenger trains that run between Lahore and Sialkot daily is adversely affected by a dilapidated railway bridge on a rainwater drain near Qila Ahmadabad railway station.

According to some passengers who frequently travel on the Allama Iqbal Express and Lasani Express on the track connecting Lahore and Sialkot via Narowal, the bridge’s century-old pillars began to crack three years ago, but the Pakistan Railways authorities ignored the problem.

They warned that two crowded passenger trains cross the bridge twice daily, leaving Sialkot in the morning and returning in the evening, posing a significant safety danger. They added that the Allama Iqbal Express usually is more crowded because it is a multiple rail connection between Sialkot and Karachi.

The railway department built iron girders along the track as an ad hoc measure instead of constructing a new bridge over the rainwater drain, which they regretted. “Every time the train crosses this collapsing bridge, the passengers, particularly women and children, are terrified,” said Muhammad Adeel, a passenger on the Allama Iqbal train.

“For the last three years, we have been filing complaints to the railways’ authorities and the prime minister, demanding the construction of a new bridge at the site, but to no avail,” said Imran Khokhar, a resident of Sialkot who commutes to Lahore by train every day and returns to his hometown in the evening.