Penalties of Rs. 98 million imposed by SBP on 3 major banks 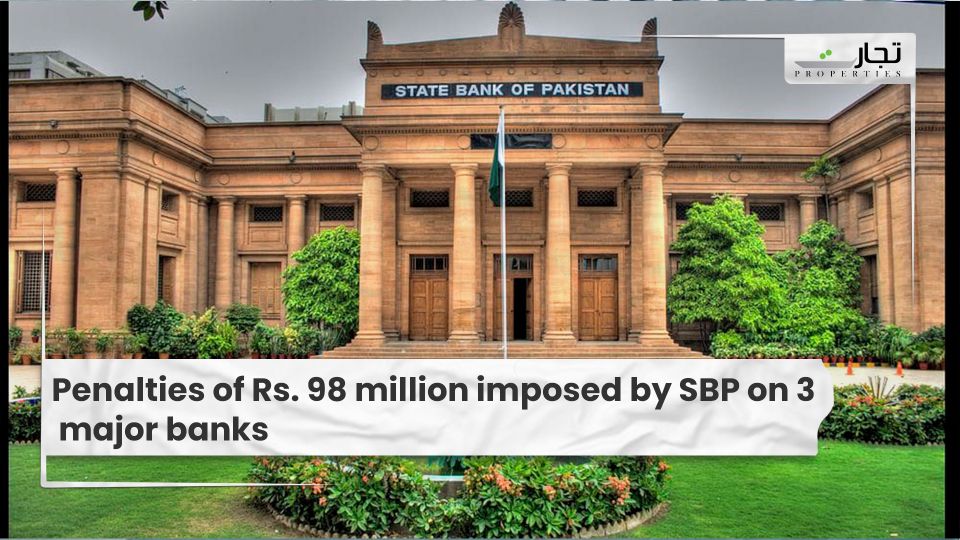 Islamabad: According to the latest news report, the State Bank of Pakistan has fined three of the country’s most profitable major banks, Habib Bank Limited, MCB Bank, and United Bank Limited, nearly Rs. 98 million for violating its rules and regulations.

In the first quarter of January to March 2021, the three banks were hit with separate fines totaling Rs. 97.5 million, according to the central bank’s compliance order.

A penalty of Rs. 10 million was also imposed on MCB Bank for violating regulatory orders relating to foreign exchange and general banking operations.

Read more: According to Baqir, SBP is looking into digital currency

United Bank Limited, another profitable bank with a large network, was also fined Rs. 10 million by the banking regulator for violating regulatory orders relating to CDD/KYC and general banking operations. The bank’s management was tasked with preventing similar abuses in the future.

The banks’ repeated violations are an incredibly humiliating circumstance for the top brass leadership of these behemoths, who make lofty claims of innovations but have repeatedly struggled to contain corruption in their operations.