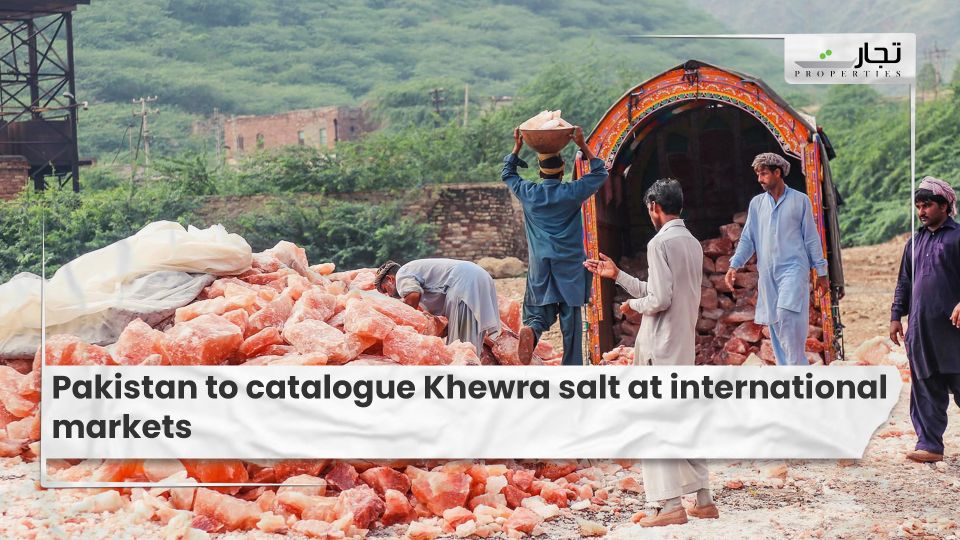 Islamabad: According to various reports, following the approval of Pakistan Minerals Development Corporation (PMDC) as the registrant agency for rock salt manufactured in the country by the federal cabinet, the Intellectual Property Organisation (IPO) of Pakistan has begun the registration process for Geographical Indications (GI) for pink salt.

This would make it impossible for Indian merchants to sell Pakistani rock salt as Himalayan Pink Salt. Khewra rock salt was re-exported as Himalayan salt of Indian origin after being traded to the UAE.

The PMDC has completed the formalities for registering rock salt with the Geographical Indications (GI) registry, after which the country can apply for registration on international markets.

After a two-decade wait, GI rules were finally formulated in January of this year, when India applied to the European Union (EU) for an exclusive GI tag for Basmati rice, arguing that it was an Indian agricultural product.

According to PMDC officials, rock salt is not currently a profitable commodity for export, and Pakistan does not sell it as a commercial or industrial product; however, after GI tagging on international markets, Pakistan will be able to sign long-term sales contracts with foreign buyers.

Read More: Gemstone laboratory to be built in Peshawar

They went on to say that since there is no selling strategy for rock salt, the majority of it is being shipped in rock shape to the Middle East, where Indian traders can pick it up and ship it to other markets.

The majority of the salt purchased by Indian traders in the UAE is re-exported at very high prices to the EU, the United States, and even the Far East, with the label indicating that it is a result of the Indian Himalayas.

According to Ahmed Khan, a salt dealer from Karachi, rock salt is in high demand all over the world, not just for table salt but also for industrial use and as a curing agent by massage centers in Korea and Thailand.