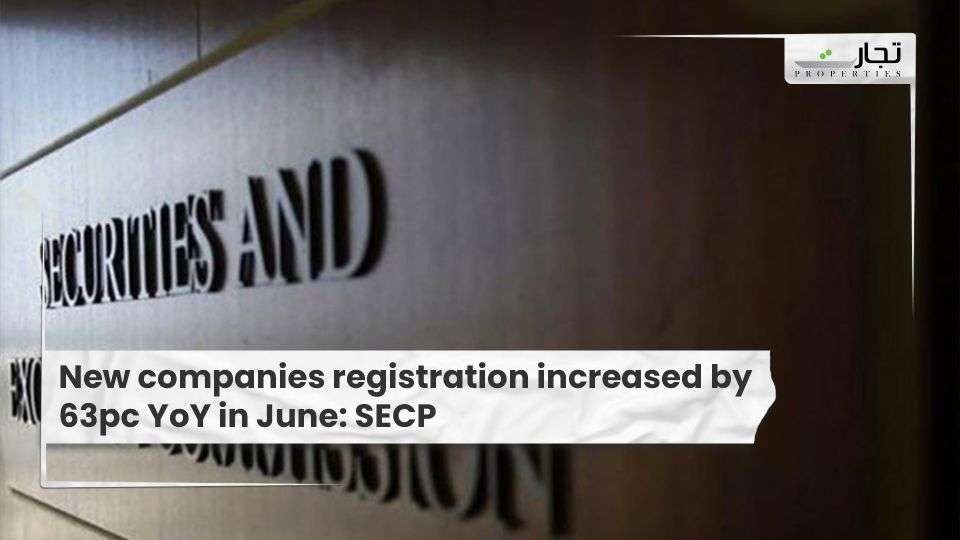 Islamabad: The Securities and Exchange Commission of Pakistan (SECP) released company registration numbers for the previous month on Friday, stating that the agency registered 2,504 new firms in June.

According to the regulator, this figure represents a 63 percent rise in growth over the same period the previous year. With these figures, the overall number of firms registered has risen to 145,913.

According to the SECP, 65 percent of newly registered companies were private limited corporations, 31 percent were single-member companies, and the remaining 4% were “public unlisted companies, not-for-profit associations, foreign companies, and limited liability partnerships (LLP)”.

When it comes to company registration by city, Islamabad had the most, with 810 companies registered, followed by Lahore with 807 companies and Karachi with 394 firms. According to SPEC sources, the company registration offices in Peshawar, Multan, Faisalabad, Gilgit-Baltistan, Quetta, and Sukkur respectively registered 174, 127, 98, 62, 22, and 10 firms.