Khunjerab Pass will reopen for trade from April 1st 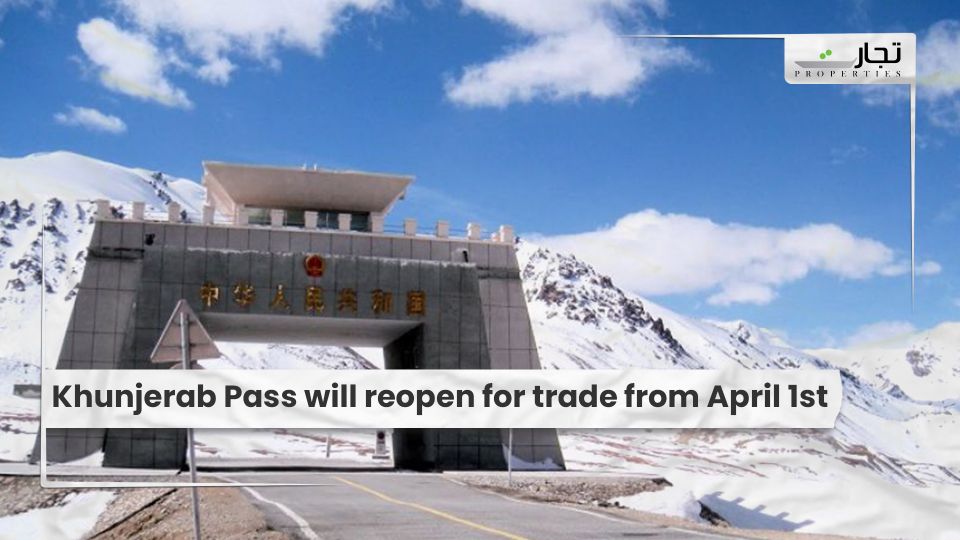 Islamabad: According to the sources, Pakistan and China have agreed to reopen the Khunjerab Pass route for trade activities by April 1 after keeping the border closed for over a year.

Concerned authorities on both sides of the border have been directed to ensure strict enforcement of the SOPs and screening of all those who cross the border, according to a source familiar with the situation. “We have deputed health officers and staff at the Khunjerab border to implement health-related to SOPs from March 31,” a Gilgit Baltistan (GB) government official reported.

Islamabad had requested China to reopen the border earlier this month to promote cross-border trade and people-to-people exchanges.

Read More: Board of Investment urges advancing relocation of Chinese industry in SEZs

The Ministry of Foreign Affairs told the Chinese Embassy in Pakistan that the border was closed on December 1, 2019, as planned, due to the winter season, and that the scheduled opening of the border on April 1, 2020, had been postponed due to the outbreak of the Covid-19 pandemic.

The ministry added, “To support the lives and livelihood of the local population on both sides of the border, it is imperative that regular cross-border trade and P2P exchanges may be resumed. Therefore, the border may be opened from April 1, 2021. The esteemed embassy is requested to take up the matter with relevant quarters to open the border on the said date for smooth and regular cross-border movement.”

According to the bilateral agreement, the China-Pakistan border is closed from December 1 to March 31 every year due to extreme weather conditions. However, for the rest of the year, the border remains open to two-way passenger traffic as well as goods and freight transportation.

In July of last year, the border was opened for a few weeks to allow for the release of stranded containers, and again in September to allow for the transfer of medical equipment donated by the Chinese government to the UK to deal with Covid-19.