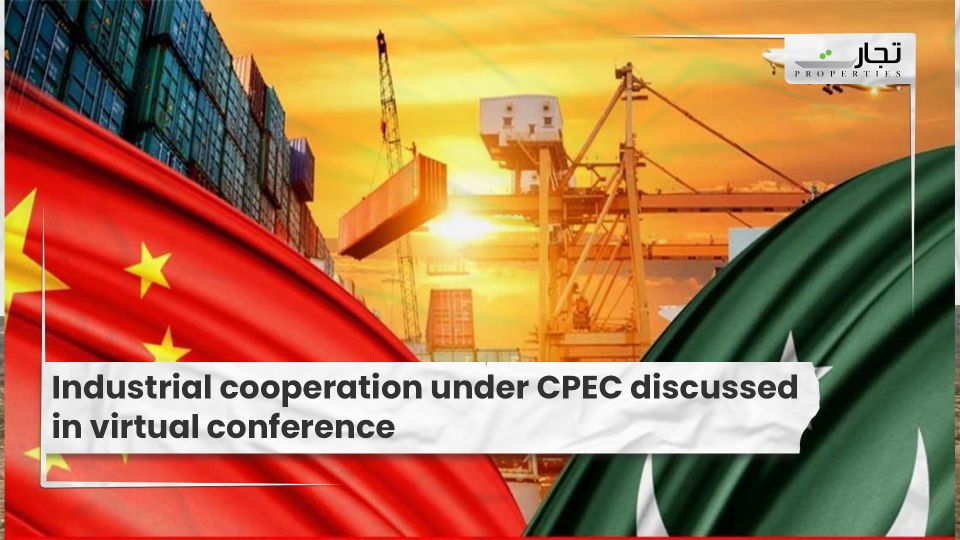 Peshawar: According to the latest news, the Centre for Pakistan Studies at Peking University in Beijing and the Khyber Pakhtunkhwa Board of Investment and Trade hosted a two-day virtual conference on CPEC industrial cooperation as part of the 70th anniversary of Pak-China friendship.

Read more: Asim Bajwa: 88 % of the work on the CPEC power project finalized

Agriculture and light engineering, according to Hassan Daud, were two essential sectors in which collaboration should be improved, as they could affect both countries’ economic progress. He also advocated for improving people-to-people exchanges.

In his closing remarks, Mr Bajwa stated that the CPEC was on schedule and that there were no delays.

He stated that they had made significant progress on the Faisalabad SEZ and that they were close to breaking ground on the Rashakai SEZ. He said that 25 major Pakistani companies were willing to invest and that a Chinese steel production company had begun a set-up.