Housing finance does not seem to be gaining traction 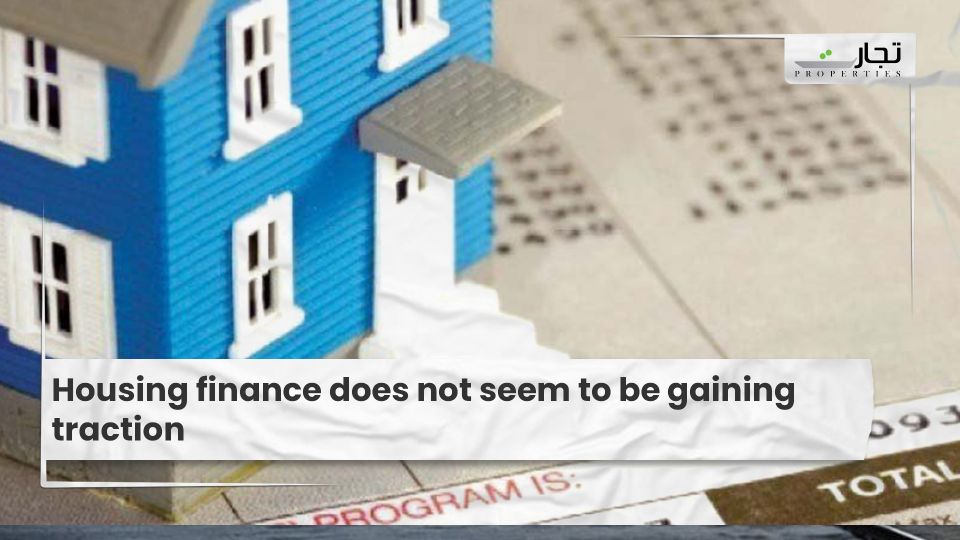 Lahore: According to a news source, despite the efforts by the government and the State Bank of Pakistan (SBP) to promote affordable housing, the mortgage industry has been slow to catch on, according to new data released by the central bank on Monday.

According to SBP data, commercial banks’ net housing finance stock increased by just Rs13.7 billion to Rs93.5 billion in the nine months between July and March.

This does not include bank-administered house-building loans, which have increased in value from Rs109.8 billion to Rs134.8 billion in the same time frame. From Rs189.6 billion in July, the banks’ total housing loan stock increased to Rs228.3 billion, or slightly more than 0.5 percent of the country’s GDP.

Read More: For the tenth month in a row, Pakistan receives more than USD 2 billion in remittances

Last year, the government provided Rs300,000 per unit subsidy on the first 100,000 small houses and apartments, as well as a large interest rate subsidy to make mortgages affordable for prospective buyers, among many other incentives.

At the same time, the central bank set a goal for banks to disburse at least 5% of their private sector loan portfolio for housing and construction. The regulator planned to penalize banks that failed to reach the goal.

None of the ruses seems to have worked out as planned for the government. In comparison to Pakistan, India’s mortgage financing has risen from less than 1% of GDP to over 10% in the last 15 years.

The government recently made significant changes to its earlier interest rate subsidy scheme for first-time homeowners in the housing sector, increasing bank loan limits for various types of houses, apartments, and flats and lowering interest rates for borrowers. Furthermore, the limit on the market value of housing units above Rs3.5 million for middle and higher-income households has been withdrawn.

Furthermore, the government has allowed microfinance banks to lend up to Rs2 million for the purchase of houses, flats, and apartments up to the size of five marlas or 125 square yards or with a maximum covered area of 1250 square feet under non-NAPHDA projects.

The authorities expect the price reduction and increased loan limits to enable builders and developers to invest in low-cost or affordable housing. The bankers, on the other hand, are pessimistic.

According to SBP data, ‘personal loans’ is the only field of consumer finance that has grown in the last nine months, rising by a fifth to Rs229.2 billion from Rs192 billion, except auto leasing, which increased by a whopping 35 percent to Rs284.7 billion during the same era. Low-volume credit card and consumer durables loans have stayed the same.