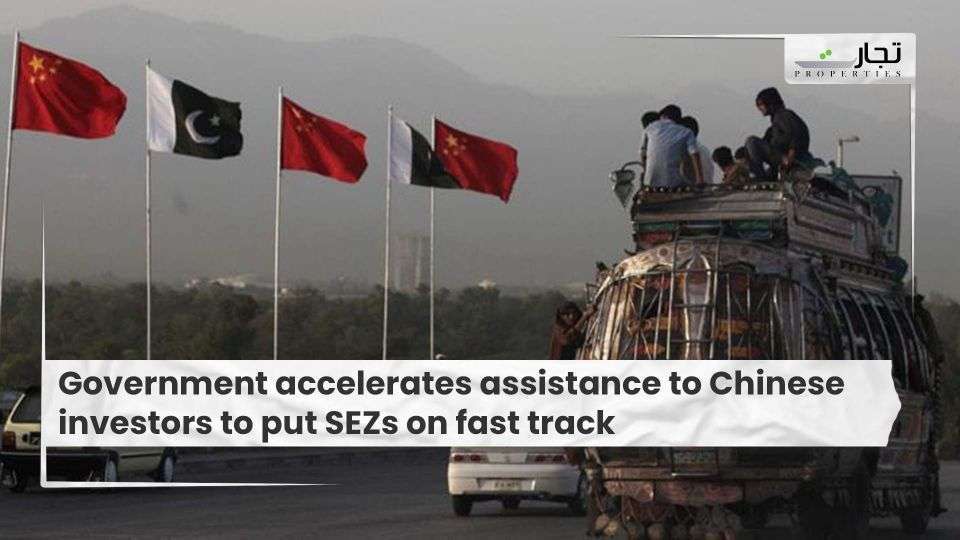 The meeting was informed that all concerns relating to the issuing of visas to Chinese employees and authorities working on CPEC projects have been handled, and the Ministry of Interior is handling fresh cases on a daily basis, which has sped up the completion of the projects.

A detailed overview of the Board of Investment’s complete strategy for the formation of export industries in SEZs was given in the meeting. The group was briefed on the identification of potential foreign investors in various areas in China, as well as the advantages offered to them for making direct investments in Pakistan.

The meeting was also briefed on three major international mobile businesses’ development of assembly operations in Pakistan, as well as their positive impact on local consumption and exports. A briefing on the actions taken by the CPEC Authority, the Ministry of Industries and Production, and the Board of Investment to expedite the facilitation of Chinese investors was also delivered.

The Prime Minister stated that completing CPEC on time is one of the government’s top goals, and that the government is taking initiatives to boost export industry investment in the SEZ.