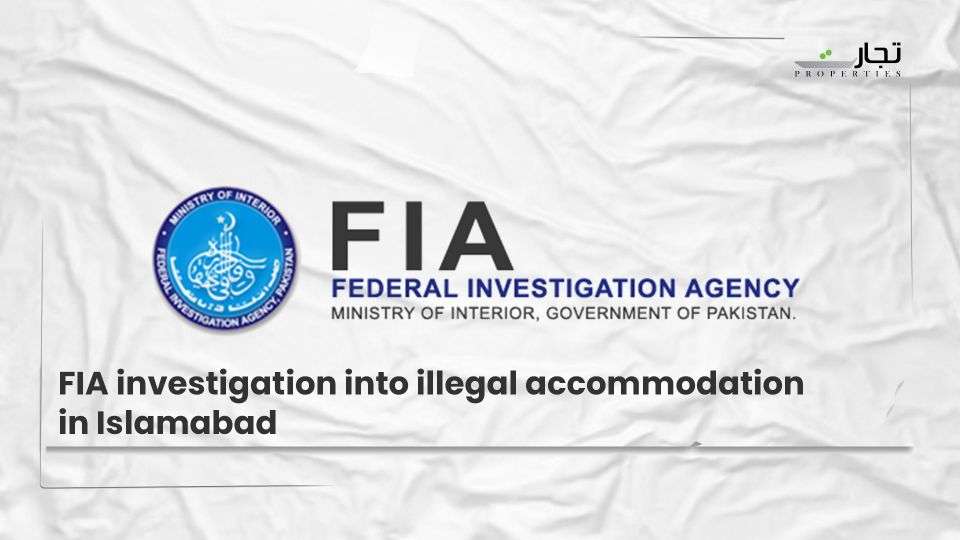 Islamabad: On Monday, the Capital Development Authority (CDA) decided to request the Federal Investigative Agency (FIA), according to media sources, to examine illicit housing projects fake utilizing the name of the authority for scamming people.

That was decided in a meeting led by Aamir Ali Ahmed, Chairman of the CDA, in which the Chief Metropolitan Officer of the Municipal Corporation of Islamabad (MCI) and other key officials participated.

Read more: Khusro Bakhtiar’s sugar mills are being investigated by the FIA

In the conference, it was determined that the housing projects which cheat the people using CDA and the name of the administration of Islamabad were to be strictly implemented.

On a separate occasion, during a discussion in the press, the CDA Chairman said several development programs had been launched to support the industrial sector in the industries of Islamabad and Kahuta. The restoration of roadways is scheduled for the I-9 and I-10 Industrial Areas and the Kahuta Triangle sectors, including Islamabad Dry Port Street, under this development plan.