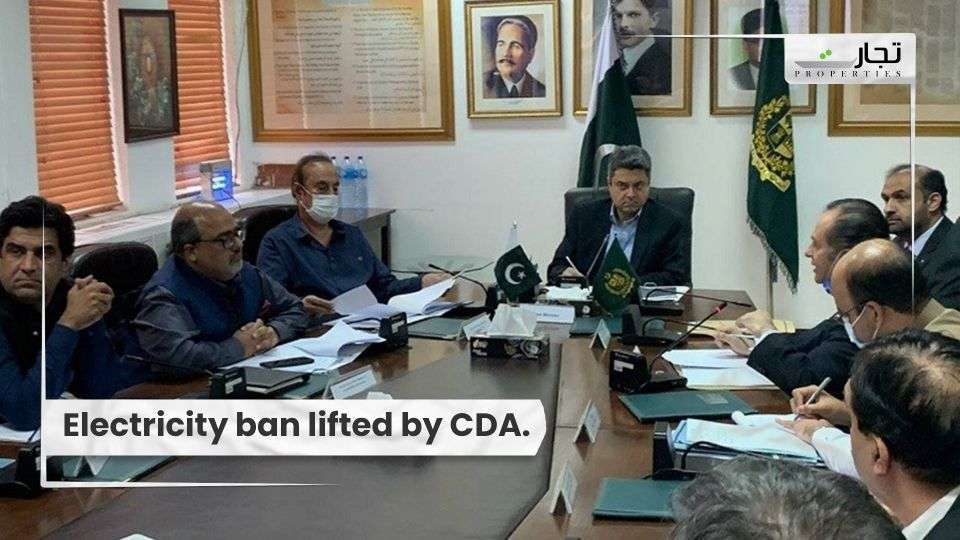 Islamabad: According to news reports, the Islamabad Electric Supply Company (IESCO) has lifted the moratorium on new power connections and has requested data from the Capital Development Authority (CDA) on acquired and relinquished land.

The CDA issued the order on June 22, which matches the National Assembly secretariat’s order of May 24. The offer of an electricity connection, on the other hand, will not be extended to buildings constructed in illegal housing schemes. The CDA had previously prohibited the new link until the authority’s no-objection certification (NOC) letter in 2016 allowed the building plans.

However, the local authority has had difficulty approving development plans due to regulatory issues in some locations (including those owned by private owners and not under the authority’s control), which have been producing problems for years.

Aside from the authorized housing developments, the additional connections will only be available in locations where LESCO already has a network, according to the newest news.

Islamabad has a total size of 51,000 acres, of which 31,000 acres are part of the Margalla Hills National Park, according to access statistics. People control the remaining 20,000 acres, which have seen an influx of unauthorized and unlawful housing societies in recent years.