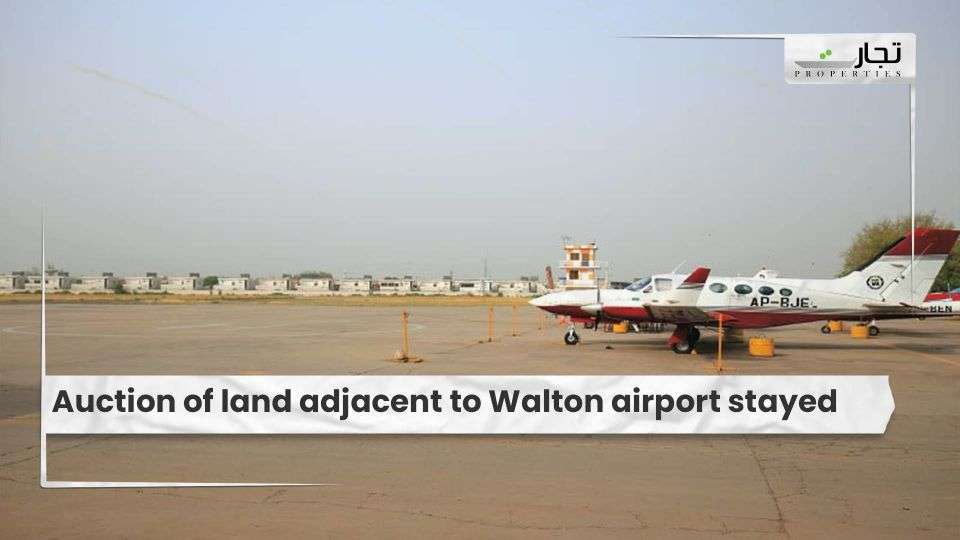 Lahore: The Lahore High Court on Wednesday halted the auction of property next to Walton Airport without a demarcation procedure. The judgement was issued by Justice Shams Mahmood Mirza in response to civil miscellaneous applications brought by the Lahore Flying Club and the landowners.

According to a lawyer representing the plaintiffs, the government announced an auction of 130 kanals near the airport. He claimed that the government did not notify the landowners before to the sale. He urged the court to stop the government from arranging auctions without a demarcation line so that land ownership could be established.

The judge granted the motions and barred the government from launching the sale until the area was demarcated. The court has already heard a major lawsuit opposing the building of a business centre on the property.

The petitioners claimed that the Walton airport was also an excellent site for landing air ambulances in the event of an emergency or disaster since it was only a few minutes’ drive from Lahore’s major hospitals.