As the forest cover in the riverine region declines, influential encroachers benefit handsomely 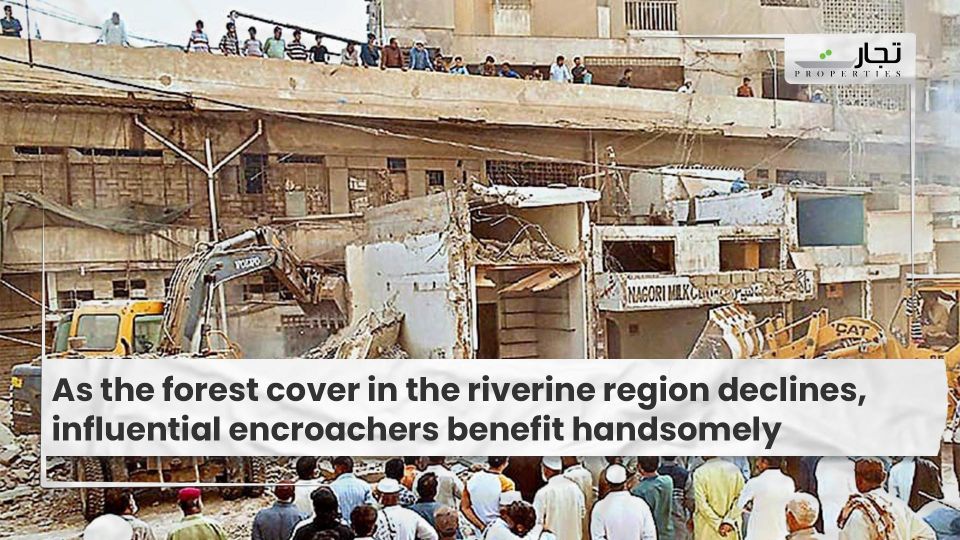 MATIARI: In a hamlet in the Indus riverine region of Hala, Matiari district, a herd of cattle is lazily grazing vegetation on a pasture dotted with small ponds and pools sparkling greenish-blue water and encircled by different trees.

Since time immemorial, the picturesque scenery has been a hallmark of any temporary human settlement in the riverine area; however, this natural beauty quickly gives way to vast tracts of land cleared of trees and tamed for plantation.

This brazen occupation of forest land, which has been the norm in Sindh for decades, has finally drawn the attention of the judiciary, forcing the forest department to be proactive in reclaiming its land from the clutches of the encroachers, who are not traditional land grabbers but white-collar workers— current and former provincial ministers in successive governments, as well as senior government officials, police officers, and bureaucrats.

These powerful land grabbers mint money by lifting water from the Indus for free or using groundwater for farming the land they have encroached upon. On this highly fertile ground, the encroachers or front-men cultivate cash crops such as wheat, cotton, fruits, pulses, vegetables, and even sugar cane, a high delta crop, earning windfall profits minimal investment.

“Crops produced within the riverine region usually need less water due to the abundance of groundwater in the aquifer. Crop cultivation is not recommended in the riverine region because it threatens Indus dykes. After all, farmers build private bunds around the land, which block the river’s course to the detriment of dykes,” said Zahid Junejo, a member of the Indus River System Authority from Sindh.

Under the 2004-05 Agro-Forestry Lease scheme, implemented during the Arbab Rahim government and extended until 2010, forest department officials share the names of sitting parliamentarians, senior police functionaries, politicians, and others who have been enjoying ‘occupation’ of forest land of irrigated plantation (the area fed by canal water for rising forest) and within the riverine area.

The policy has promoted the planting of crops but has done little to promote the growth of forests.

Cultivation of crops within the riverine region is a boon due to the fertile soil that collects silt during floods. Floods of 0.4 to 0.5 m cusecs inundate the riverine region or reach the river’s dykes, depending on the width of the riverbed between Guddu and the Kotri barrages downstream.