Work underway on over 140 projects in Khyber Pakhtunkhwa 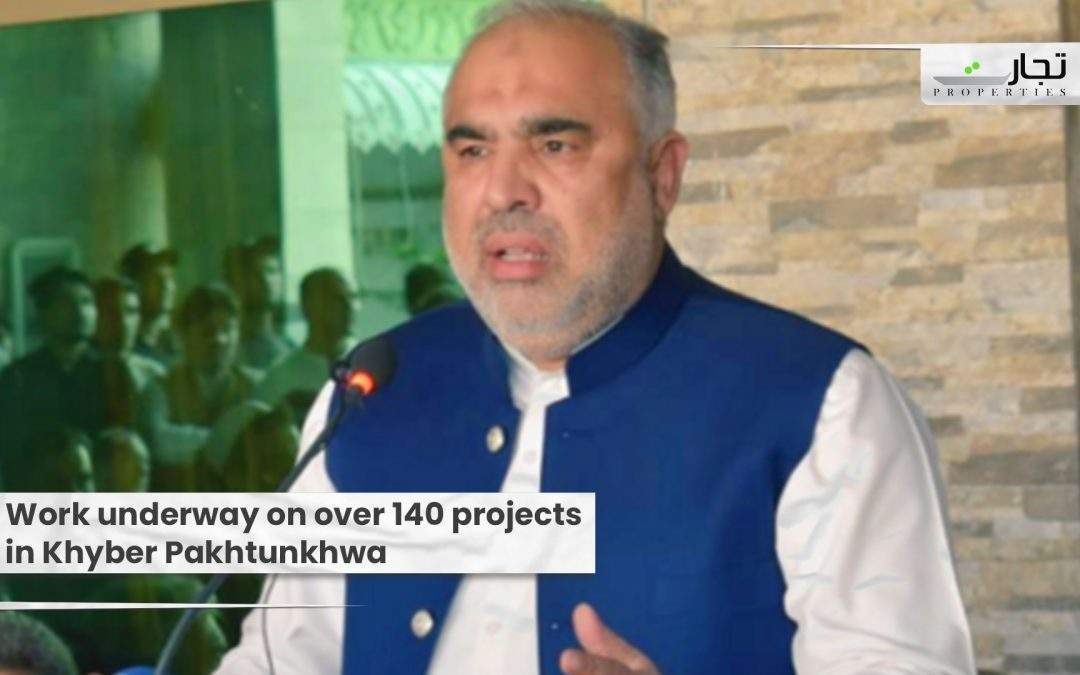 Peshawar: The federal and provincial administrations in Khyber Pakhtunkhwa are now working on 143 projects across the province’s various sectors as part of the Public Sector Development Programme (PSDP).

The province government is implementing 69 development projects under the programme, while the federal government is working on 74 programmes. So far, Rs47 billion has been spent on these initiatives, according to an official statement.

Chief Minister Mahmood Khan chaired a meeting here on Thursday to examine progress on PSDP projects in the province, according to the report.

The gathering was informed that the land acquisition issue for Peshawar’s 32-kilometer Northern Bypass Road had been resolved. By December 2022, the project would be finished at a cost of Rs21 billion. At a cost of Rs17 billion, a project to dualize the 89-kilometer ancient Bannu Road will be completed by August 2022.

Read More: Public welfare projects in KP to be completed on time, according to KP CM Khan

Land acquisition for the 153-kilometer Chitral-Boni-Mastuj-Shandur route is underway, and the project is expected to cost Rs21 billion when completed. It will be carried out in four phases, with the first three now in progress.

The chief minister expressed dissatisfaction over the pace of work on road sector projects. He directed all the departments to submit detailed reports regarding utilisation of funds released for the projects.