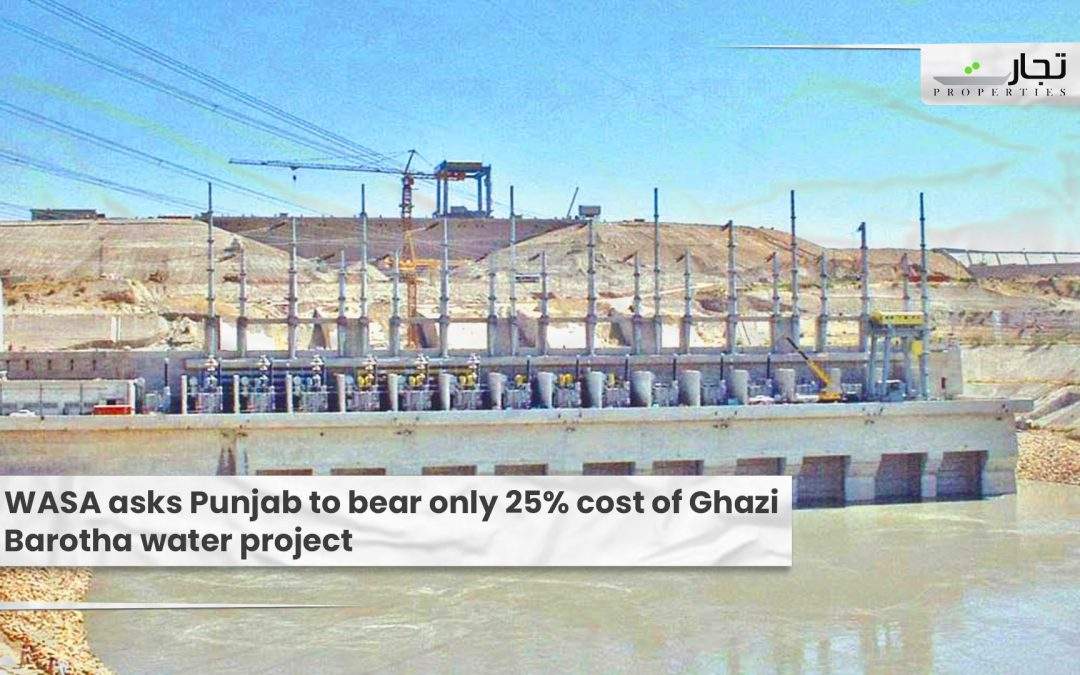 Rawalpindi: The Water and Sanitation Agency (WASA) has proposed that the Punjab government fund barely a quarter of the cost of the Ghazi Barotha project, which will carry water from the Indus River to Rawalpindi and Islamabad.

WASA had given a report to Chief Minister Usman Buzdar through the Rawalpindi Development Authority (RDA), according to a senior RDA official, with a recommendation to share only 25% of the project’s cost. He said that the city, which is under the administrative responsibility of the province government, will receive only a quarter of the water, with the other half going to Islamabad and the cantonment boards.

He claimed the Capital Development Authority (CDA) had urged the Punjab government, through Wasa, to split the project costs equally, with Islamabad and Rawalpindi receiving 100 million gallons daily (MGD) apiece.

As a result, the CDA submitted a PC-I for land purchase for Rs3.154 billion, which was reviewed by the Central Development Working Party (CDWP) on June 6, 2020, and approved in principle with various conditions, including the completion of the financing mechanism with stakeholders.

WASA had informed the CDA that the city area will get 25pc share of water so the provincial government will share 25pc cost of the project. However, the managing director said the government would make a decision in this regard soon.