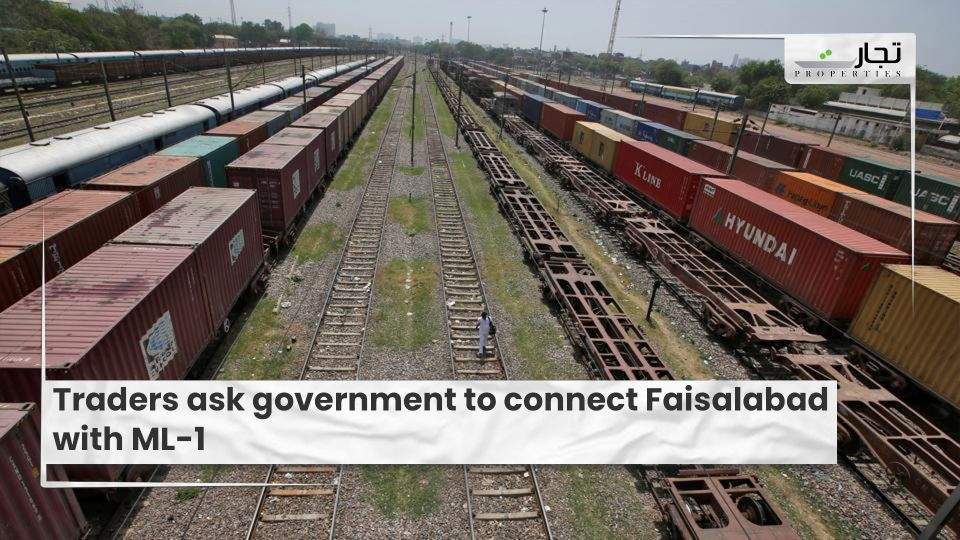 Faisalabad: According to Imran Mahmood Sheikh, Senior Vice President of the Faisalabad Chamber of Commerce and Industry (FCCI), the government should connect Faisalabad to Pakistan Railways’ Main Line (ML)-1 for secure and timely transit of consignments to seaports and upcountry borders.

Sheikh reported that the city has a single railway track connecting it to Khanewal and Shahdara, giving it access to the main railway line, at a meeting of the FCCI Standing Committee on Railways on Tuesday. He stated that the chamber would discuss with the government and the chairman of the China-Pakistan Economic Corridor (CPEC) Authority to include the city in the proposed ML-1 megaproject.

Standing Committee Chairman Mirza Hadyatullah said that the ML-1, ML-2, and ML-3 railway lines, which would connect Peshawar and Karachi via Multan, have been suggested as part of the CPEC.

720 railway level crossings would be replaced with 2,445 small and large overhead bridges under this huge project, he added, adding that underpasses with fencing would be built in some places to dissuade people from walking on railway tracks. He bemoaned the fact that Faisalabad had been overlooked in the project, despite the fact that the Chinese were establishing a big number of industrial units in the city.

A railway level crossing near Chenab Mills had been closed permanently, which was causing problems for the industrialists and the general public, he highlighted and demanded immediate reopening of the crossing.