Today: PM to visit Gwadar to inaugurate some projects 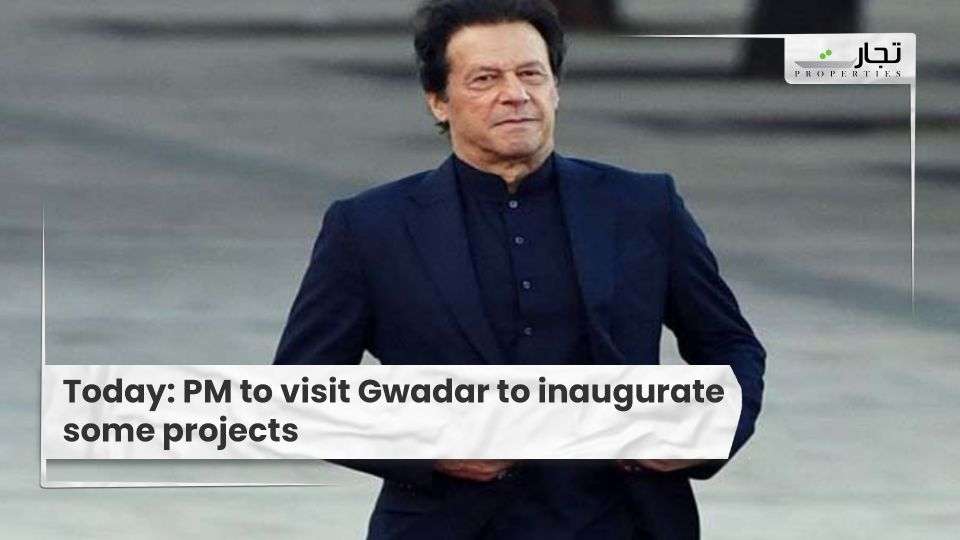 Gwadar: According to various sources, Prime Minister Imran Khan will visit Gwadar today for a one-day visit, during which he will inaugurate many projects and assess those that are already underway.

According to sources, Prime Minister Imran Khan will also lay the foundation stone for the North Free Zone in Gwadar, as well as sign an agreement to implement the 1.2 million gallon water project.

According to sources, Prime Minister Imran Khan will also lay the foundation stone for a project at the Gwadar Port Free Zone for businesses, as well as sign an MoU for a solar generator grant from China for South Balochistan.

The first phase of the Gwadar Free Zone, comprising 60 acres, was finished in May 2021 at Gawadar, according to the Chairman of the CPEC Authority.

Read More: Seminar held on the role of Gwadar in CPEC

He stated that six of the twelve plants had been finished, with three of them being active.

In the last two and a half years, the Chairman of the CPEC Authority stated that the Free Zone and Port have created 1,200 employment.

He estimates that roughly 12,000 jobs will be created under the current system. According to Lieutenant General (retd) Asim Saleem Bajwa, the Gwadar Free Zone’s second phase comprises 2,021 acres. He stated that it was currently being prepared and that Prime Minister Imran Khan would open it in October of this year.

The Chairman of the CPEC Authority stated that Phase 2 preparations are well underway and that China Port Holding has secured an investor who needs 1600 acres of land.

Read More: Board pleas for the early completion of Gwadar Airport

According to Asim Saleem Bajwa, the investor has hinted at a $3 billion investment. He also stated that the 1600-acre factory will provide 30,000 work chances, according to the investor.