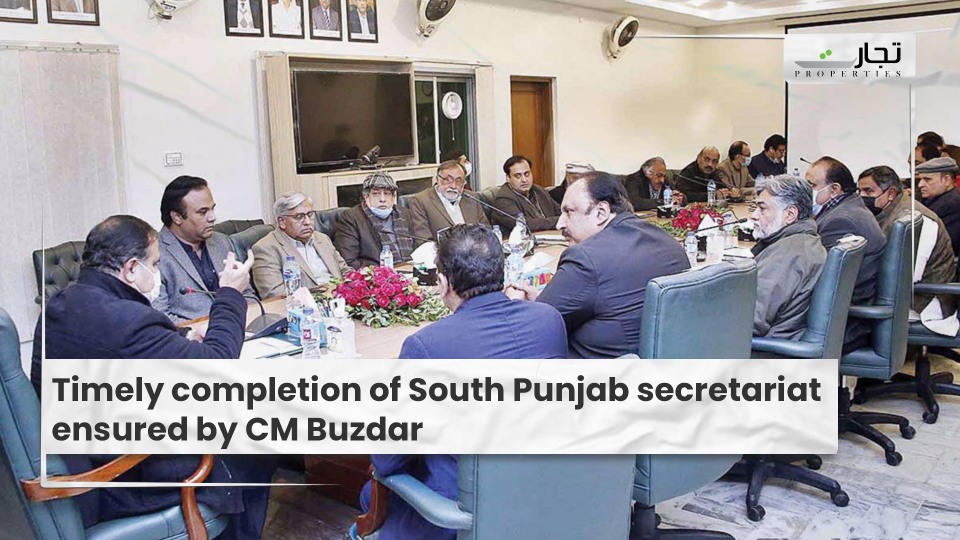 Lahore: As per the latest news, Usman Buzdar, the Chief Minister of Punjab, described the laying of the foundation stone for the south Punjab secretariat as a historic event, noting that it met a long-standing demand of the people.

“The timely construction and completion of the south Punjab secretariat in Multan will be ensured,” he said at a ceremony in Multan on Monday, which was presided over by Prime Minister Imran Khan.

“Similarly, the foundation stone of the south Punjab secretariat will be laid in Bahawalpur. The utilizing of the development budget in south Punjab was not more than 17 percent in the past but the incumbent government has allocated and ringfenced 33 percent funds for southern Punjab.”

The south Punjab secretariat, according to the chief minister, will be completed with Rs3.54 billion. Legislation is being drafted to assign work quotas to the youth of south Punjab. The Multan Municipal Corporation has been elevated to the level of a metropolitan corporation, and work on Nishtar-2 has begun.