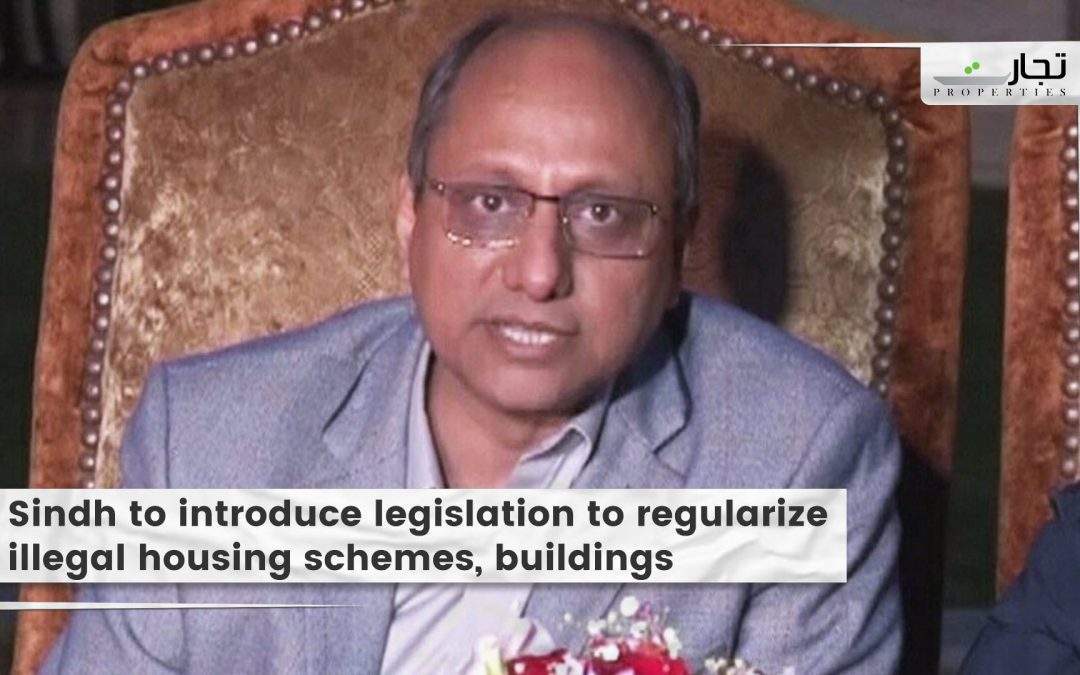 Karachi: According to news reports, Sindh Information Minister Saeed Ghani announced on Monday (November 29) that the provincial administration plans to introduce legislation to regulate unlawful structures in the province.

He claimed that the move is being conducted in order to avoid a housing catastrophe as a result of the recent Supreme Court ruling on illegal structures.

The minister told the reporters in Peshawar that dismantling all illegal structures in Karachi would result in the expulsion of millions for which the government would not be able to compensate.

The government would draught legislation to legalise multi-story high-rise buildings and houses developed on state property in violation of the city’s master plan as a preventative measure.

He said that the law is the same as that enacted by the Punjab government, which established a committee to regulate 6,000 unlawful housing complexes. Sindh will follow the same procedure as the rest of the country.

Minister Ghani said that the legislation will not only regularise illegal buildings but will also prevent the mushrooming of unlawful developments in cities.