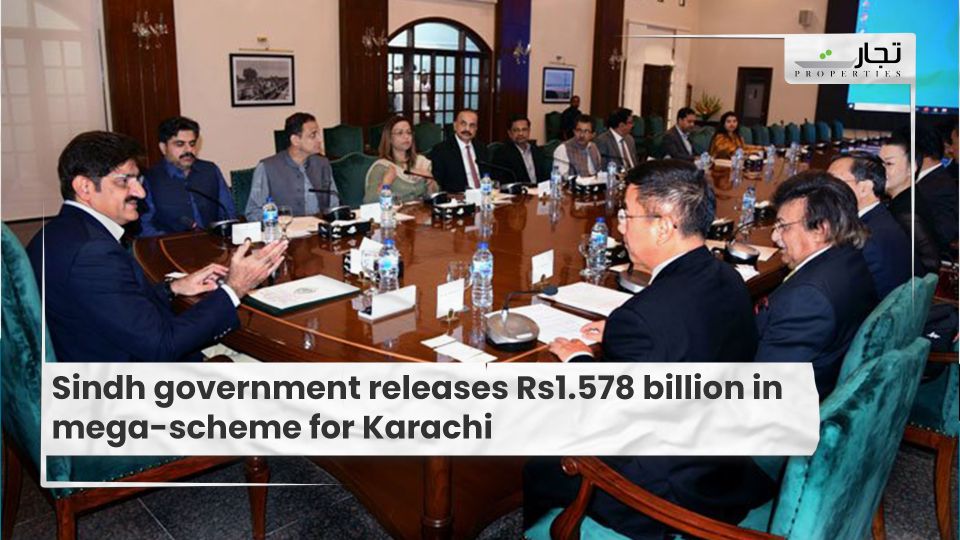 Karachi: According to various sources, by the end of the first week of May, the Sindh government had announced Rs 1.578 billion under the mega-projects Karachi heading, compared to a total allocation of Rs 1.94 billion in the current fiscal year’s budget.

The funds were used to the tune of Rs 1.098 billion or 57 percent of the overall allocation and 70% of the amount released so far.

According to the provincial government’s latest estimates, the sum released is 81 percent of the total allocation.

Even though the budgeted sum was small in comparison to the city’s population, fund consumption increased in the second and third quarters of the fiscal year, after being zero in the first quarter.

According to the Sindh government’s budget execution report for the time under review, the entire allocation of Rs 1.94 billion was made for 18 ongoing development schemes – projects that had been approved in previous budgets – and one new scheme for which only Rs9 million was allocated.

The new ‘mega-scheme for Karachi’ entails the installation and maintenance of traffic lights, gantries, and signboards, as well as the reconstruction and beautification of roads, as the city faces major infrastructure problems that have been causing problems for Karachi residents.