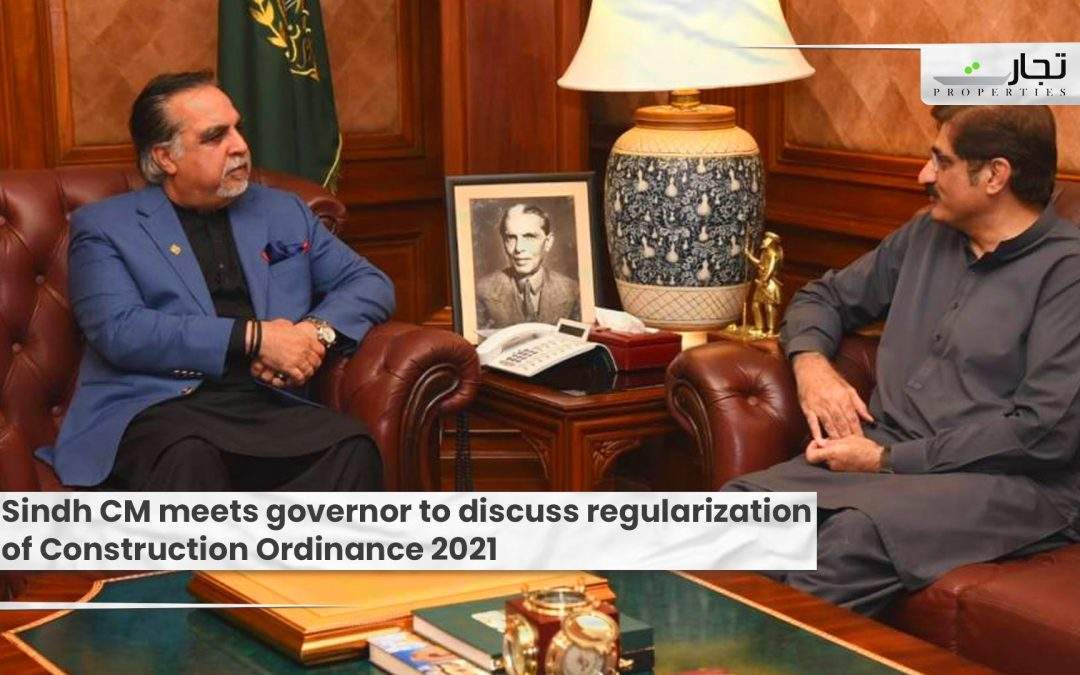 Karachi: Governor Sindh Imran Ismail and Sindh Chief Minister Syed Murad Ali Shah met on Wednesday (December 8) to discuss the proposed regularization of the Construction Ordinance 2021 in Sindh, according to news reports. The proposed ordinance was written by the Sindh government to legalize and penalize illegal constructions and housing schemes on state land.

According to the newspaper, Sindh government spokesperson Murtaza Wahab noted that the Construction Ordinance 2021 was enacted to avoid a humanitarian calamity, as the destruction and demolition of illegal structures will result in a housing crisis that will affect millions of Karachi residents.

Sindh had requested permission from Pakistan’s Supreme Court (SC) to form a commission similar to the one established by Punjab to oversee 6,000 illegal housing complexes.

A six-member panel, overseen by a former Supreme Court judge or a Sindh High Court (SHC) judge, will be formed to inspect and penalize illegally constructed structures, according to the ordinance. According to the Sindh government, the demolition effort in the city will be suspended once the ordinance is signed.