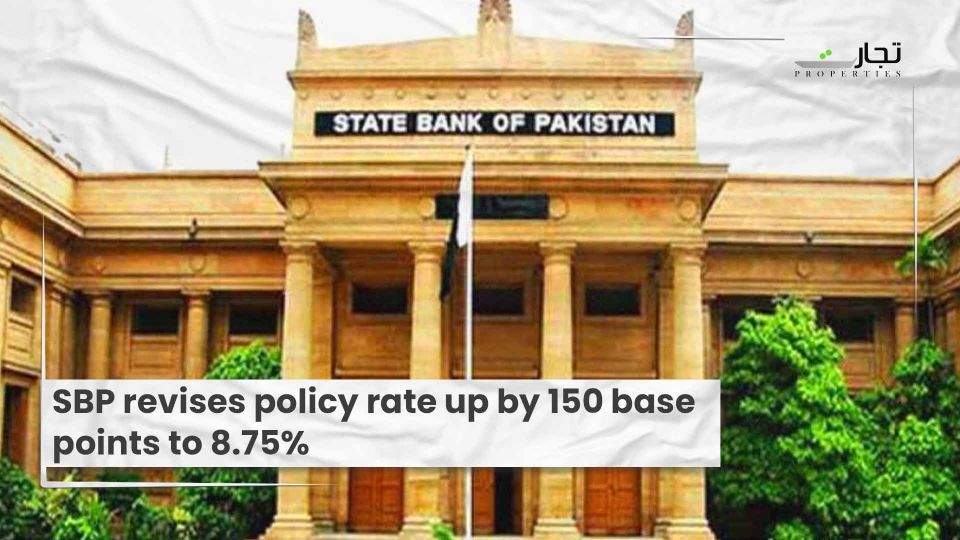 Karachi: At an earlier-than-expected Monetary Policy Committee (MPC) meeting on Friday (November 19), the State Bank of Pakistan (SBP) raised its benchmark interest rate by 150 basis points to 8.75 percent from 7.25 percent, according to press reports. The meeting was originally set for November 26 (Friday), but it was called early ‘to normalise monetary policy to fight inflationary pressures and maintain growth stability.’

The MPC statement indicated that the policy rate rise was in response to increased inflation rates in recent months, as well as higher energy and core inflation rates, according to sources. The policy rate move, according to the statement, will ease pressure on the local currency while also assisting in the reduction of the current account deficit (CAD), which reached USD 3.4 billion in the first quarter of Fiscal Year (FY) 2021-22.